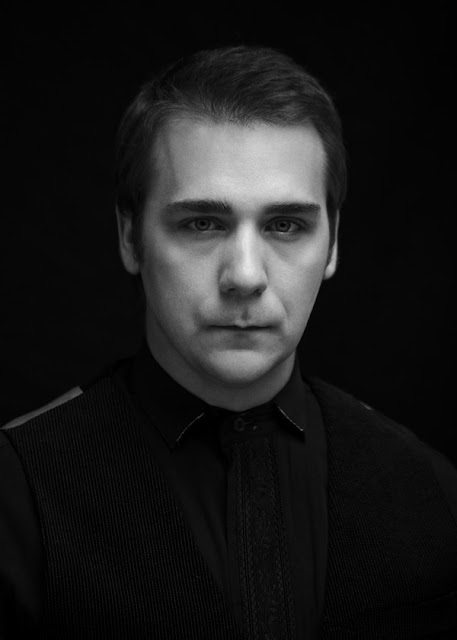 The Real Question: Why Not?
Facing one of the biggest challenges in theatre literature
by Chris Moore
A couple of years ago Persephone Productions presented Shakespeare’s “Henry V”. One year before that Artistic Director, Gabrielle Soskin asked me if I would be interested in co-directing with her. I agreed, but remarked "that means I couldn’t really audition for Henry" and she said "no. I think that would probably be a lot on your plate." I agreed and said, "Well alright then I guess you can make it up to me by casting me as Hamlet." She chuckled and we left it at that. A little time later we went back to the joke and she asked, "Why not?" and I agreed.
The first time I ever saw Hamlet was Kenneth Branagh’s full version when I was in high school. I didn’t understand a lot of it, but I remember loving it. I can even remember thinking I wanted to wear the tuxedo that Branagh wore for my prom. Since then, my exposure to the play hasn’t been very high. I saw “Hamlet Solo” when it came to Montreal and last year I watched a version with David Tennant. This is a testament to how much of the play has seeped into our culture. Without seeing full productions as often as one might think, one is already thoroughly familiar with it. Many of Shakespeare’s characters have remained iconic and perhaps none more so than Hamlet. It would be silly for any actor playing Hamlet to think "well it’s best not to think about it, just ignore it and go on with your work". There are certain realities that go along with playing certain roles. The over saturation isn’t necessarily something to be feared. I won’t let past productions get in the way of any role and certainly won’t with this one. I’ll be influenced by past Hamlets as much as I’ll be influenced by myself and the artists I’m working with.

Is Hamlet crazy or is it an antic disposition?
When it comes to the question of Hamlet’s lunacy one usually asks if it is one or the other. Is Hamlet crazy or is it an antic disposition? In truth, I think it is both. One of the most powerful game changers in the human condition is loss. We all grieve in different ways and for some it takes more of a toll than others. People have cracked completely under the pain of loss. Less than 15 minutes into the story we learn there is enough family drama to fill an Arthur Miller play. One thinks that it could be a play all on its own. Before Hamlet can truly deal with the loss of his father and his mother turning to the arms of his uncle, he is given the worst news imaginable: his uncle is the murderer. Murder would be harsh enough to deal with, let alone the killing coming at the hands of someone he is meant to love. The truth makes Claudius’ speech to Hamlet about now looking at him like a father and how he is heir to the throne, calling Hamlet his son all the more disgusting to the prince. All of these images and doubts are running around in Hamlet’s head and drive him to extremes. One could argue that he snaps, but I think what’s closer to the truth is that he is pushed into an unimaginable corner and his mind reacts. He is placed in a position where he must contemplate murder for murder. He must consider where the line lies that says taking a life is okay. Hamlet is often called a procrastinator. Happily, I don’t know many people who have had to weigh the same options that Hamlet does and have never had to do the same. I would imagine that for whatever the reason, killing someone takes a certain amount of time to become comfortable with. At least it would be that way for me and I feel the same for Hamlet. Agreeing to do it and actually doing the act is very different. Going into the production I was glad to hear the Director agreed with the choice that although Hamlet does question his cowardice, it is not without reason that he delays. It is a human life and it is his soul that may pay the price. 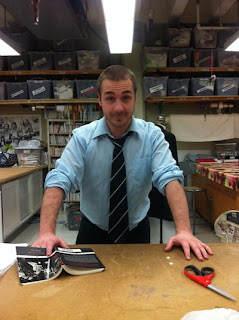 This can be exhilarating! At the same time, no answer is really very simple.
Playing a character as complex as Hamlet can be both fulfilling and frustrating. Artistically, one doesn’t have to reach very far to make him real. This can be exhilarating! At the same time, no answer is really very simple. One can find himself running around ideas and objectives like a chicken without a head: around and around until you finally fall to the ground. I’m wary of people who say “it’s like THIS” and claim to have the answer. There isn’t so much a right or wrong as a choice that must be made (for the most part). When it comes to the way Hamlet treats Polonius, for instance, one has to address many different angles. Does Hamlet overhear Polonius and Claudius scheming? Does he sense that Polonius doesn’t approve of his actions concerning Ophelia? Does Hamlet resent Polonius for not preventing his father’s death in some way? Is it something more base and juvenile, like not liking the father of his girlfriend? There’s a plethora of choices to be made, correlating to different sensitivities.
In the end, as an actor my biggest concern is playing each moment to the next truthfully. Some questions are answered before rehearsals begin, while others are found along the way. There are many questions I still haven’t answered and accept that some may remain a mystery for a long time. Rehearsals have just begun this week and I’m excited (as is the rest of the cast) in discovering why these Danes do the things they do.
Hamlet is at Calixa-Lavalée Theatre November 1-10
Posted by THE CHARLEBOIS POST at 12:02 AM