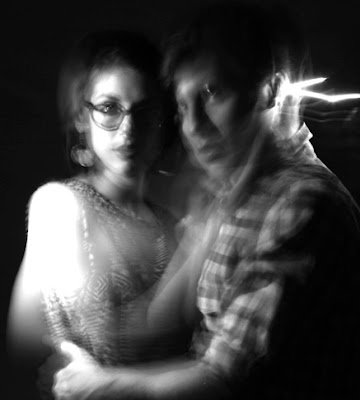 
What is the point of sharing a play one has rehearsed?

If art or theatre are thought of as services for cultural entertainment, then the point is to share the play, to have an event for people to attend, and to continue sustaining your own livelihood (pay the bills, be an active member of society).  People pay to receive the commodity they deem worthwhile.

I’ve often heard myself say, theatre doesn’t exist without an audience.  I don’t wholly agree with this right now.

I had the pleasure this week to go back into rehearsal on the first play of our current season- Play it Again, Phaedra.   We had decided, in an effort to sustain our independent theatre-making, to focus this season on making two shoppable plays.  By May, we intended to have two commodities (repeatable plays) to begin offering.  This decision comes off the momentum of our last season, where we produced monthly transient one-nighter episodes for eight months.  Quality, not Quantity! is our motto.


The moment we went into rehearsal, we began talking about changes, cuts and additions we thought would be appropriate.

I went back into rehearsal because we have decided to remount Play it Again Phaedra on December 8th, at the Mainline Theatre.  Our decision was based in part by wanting to have another opportunity to show the play to new eyes.

The moment we went into rehearsal, we began talking about changes, cuts and additions we thought would be appropriate. This play, like all of MAP Project’s work, is created by us.  This is, I think, one of our central values as a company- no authorship is daunting, but liberating. The discussion quickly turned to, what worked, what did not work, how effectively did we accomplish what we wanted to share?

And in a sense, we began re-dramaturging.  We added and subtracted things based on our own intuitions, and our new insight after mounting it for an audience.  Our original desire to create a finished and polished commodity to shop around with, and to ‘give entertainment,’ has turned instead into a changing organism (our play) in dialogue with those who came to see the work.

So what is this called?  Is it called ‘theatre’ to go into the rehearsal room, in my opinion one of the most exciting places on Earth, and remap the DNA of a play?  Or is it theatre only when it is offered?

And back to the first question, what is the point of sharing it?