The Sunday Feature: Carolyn Fe on The Crossroads 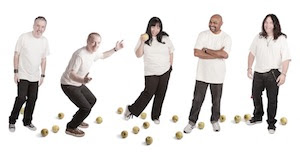 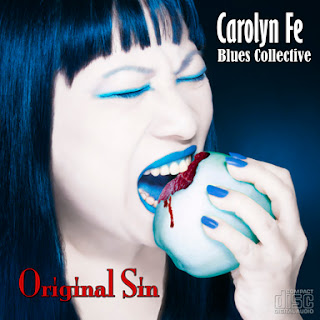 Business is business, the way I see it, in all my affairs (corporate and artistic) I am “indie”.  I approach every project as a business venture and measure the risks vs the return on investment (which is not necessarily all about $).  I have never received grants.  I have no interest in justifying my corporate or artistic existence to governing bodies who hold the mighty dollar and, grant “credibility” to my presence because of a decision to give me back the taxes that I have paid through my hard work...and besides, the governing bodies have their chosen establishments. I tip my hat to them but with Harper at the helm...ugh...never mind. I'll get back to the topic at hand.
There is something about music that seems to keep it real between this performer and the audience.
I find that Blues fans are different from theatre fans. There is something about music that seems to keep it real between this performer and the audience. There is a definite connection that is made. Although there is a fourth wall on that stage, it isn't as thick as that of the theatre stage.  I often hear actors say that they like to work theatre more than film or TV because of that direct connection and instant reaction of the audience.
The blues stage and fan does “IT” for me.  When I see an audience member close their eyes and sway to the music as they mouth the lyrics, or, when the crowd gets up on their feet and dance with total abandonment, I know I've hit a spot.  I know I've made my connection and I see it happening more often than not.
I get chills down my spine when passing complete strangers on the street and hear them sing along with their ipods - my song, as if they owned it or seeing Facebook “friends” (those who I have never met) post pictures of themselves with my CD in hand and wearing my band T-shirt and spreading the word about my music.
So it must be true, glasses made Clark Kent anonymous.
Then there are instances in my day job at a high tech company (where my artistic life is strictly undercover).  In the lunch room I hear these fine young 20-somethings discuss different styles of music and out of the blue (no pun intended) my name is mentioned alongside established blues artists in a most complimenting way. With iPods, iPads and all the tech gadgets in their hands – online photos?...I  guess I must look quite different offstage. So it must be true, glasses made Clark Kent anonymous.
I am truly humbled by the public's reaction to my music.  For me, it is quite comfortable in the music scene...sadly, a comfort that I have not felt in the theatre world.  But don't get me wrong – music and theatre are difficult and demanding monsters that can eat one's spirit and spit it out.  As much as I have built a thick skin in theatre, music is also a beast.  I remember when I was shopping my first CD in 2009, an industry exec told me that "an Asian singing the blues is like selling a fridge to an Eskimo...useless." Theatre folks have more manners or are a little bit more subtle.
However, “that” theatrical opportunity has come up and it is interesting enough for me to put a hold on my musical activities.
I now look at the non-financial return on my investment and to date the tally is as follows:
Music has given me a sense of belonging that I cannot seem to find in the theatre world.  I am not bitter, I am not sad.  It is what it is.
However, “that” theatrical opportunity has come up and it is interesting enough for me to put a hold on my musical activities.  It's comes at a risky time since my album launch is on August 12 & 13 and the play will have its run mid-to-end of September. It is a 2 week run that cuts into the momentum of the CD's promotion but I happily get back into the music scene right after.  It is what it is.
I hope that you will cross over for a visit to hear my music or come see me play when I reprise my role as “Joss” in Julia Ainsworth's “Unfit for Bears” (formerly known as, P4W:  Invisible Stories from the Prison for Women).
So you see, I haven't really crossed over.  I am just standing at the crossroads, dancing on each corner but keeping a steady foot where I feel most at home on stage.
Carolyn-Fe Trinidad (Theatre World) aka Carolyn Fe (Music world)
CD, Original Sin, available at  cdbaby and zik
NB: when this was written, I hadn't yet received confirmation at which stores the CDs will be available.
Posted by THE CHARLEBOIS POST at 12:01 AM