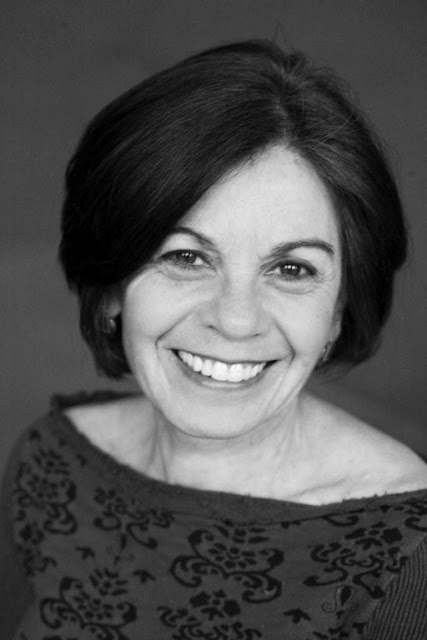 Rachelle Glait is currently directing Les Belles Sœurs at the Segal and she graciously consented to be interviewed after casting me as Rose.


CHARPO: Were you born here?

GLAIT: Yes. We lived on Clark Street. My parents survived the war in the Soviet
Union and my father was attacked in the  notorious postwar pogrom in
Kielce, Poland. They thought he was dead and they had put him on a cart with
bodies on it, and then a doctor found him still breathing.  My mother had already
given him up for dead. My mother survived in Uzbekistan.
CHARPO: What did your dad do?

GLAIT: He was a foreman at a children’s wear factory. He thought that way
I would always have clothes to wear.

CHARPO: This is what is known as weird Jewish geography. My mother was
from Radom, near Kielce, and she was on her way home when she met the people running away from the Kielce pogrom. She also survived with my older brother in Uzbekistan and Kirgizstan.

How did you begin acting?
GLAIT: I had been playing with costumes and roles from childhood, I even
wrote to Disney asking for a part in a movie. I tried ballet and tap for a year, but I wasn’t cut out to be a dancer. 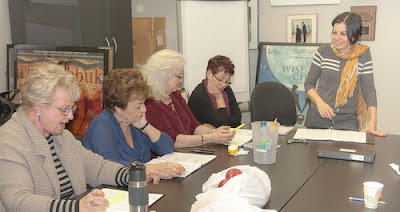 CHARPO:  What drew you to the theatre?

GLAIT:  There did not seem to be a lot of theatre after we moved to Cote St. Luc.
At Wagar High School I joined the debating team, and did public speaking. Then
I met Maxine Borenstein. She took me to the library and to the museum and we
signed up for acting classes.

GLAIT: My first teacher was Jacques Zouvi.  Then I got a part by
just walking into the Barrel Theatre downtown. It was a lunch time theatre and at
first I was hired to wait on tables or barrels. When the girl who was cast in the
play got sick, they had me read. The play was The Valiant and although it
got panned, Sydney Johnson at the Star gave me a rave. This was a Brave New
World. I learned that theatre was a way of discovering myself and escaping the
unhappiness of high school. I also got to play in The Sandbox by Albee at Lower
Canada College

CHARPO: When did you get to Sir George Williams Theatre Department with
Norma Springford where we first met?

GLAIT: Norma encouraged me as an actor. I had joined the Youth Theatre and
toured with them in 1967 and I worked with the Georgian Players. I acted with
the Yiddish Theatre and Chaim Evron and even went to Toronto... I was in
Arthur Kopil's Chamber Music.

CHARPO: I remember you were fantastic in that.

GLAIT: Martin Malina, who was also a critic for the Star, reviewed the first play I
did at Sir George…Chamber Music. Many years later I finally met him in person.
My relationship with him today is thoroughly unprofessional!

CHARPO:  What happened after Sir George?
GLAIT: I had to choose between pleasing my parents and going to Sir George.
They really did not want me doing theatre. I left home when I decided to go to the
National Theatre School. I auditioned in New York and was accepted to
Penn State. That summer got into the acting program at the Banff School of Fine
Arts. I had all of 50 dollars for the whole summer and spent 10 of it on a taxi.
Bryna Wasserman was there on a full scholarship and she took me into her
room and taught me how to eat for free. 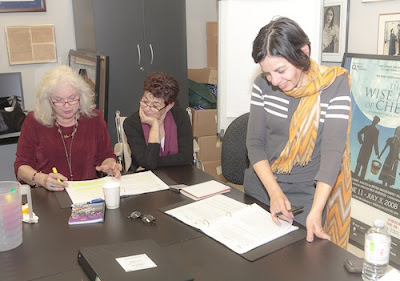 CHARPO: Well that was very fortunate.

GLAIT: I did have one really good experience at the National Theatre School in
my last year there, I got cast as Mamillius in a Winter’s Tale and met Michael
McGowan  who was the artistic director of LAMDA. So on my way to Israel to a
cousin’s wedding I stopped for two weeks in London and spent time at LAMDA
and went to two plays a day. It was the summer of 1972.

CHARPO: So first you went to London and then Israel.

GLAIT: Yes and I met my future husband. I thought it was just a summer
romance, but then we corresponded for a year and a half. So, I went back. He
was an Israeli academic and while he was doing his post doctorate at Yale I was
performing. I married a political scientist but didn’t now that “hawks” or “doves”
weren’t only birds.

CHARPO: So did you stay at Yale?

GLAIT: We returned to Israel and we were living in Tel Aviv when I got a year’s
contract with a theatre in Beersheba. I commuted between the two cities. I would
hitchhike home with another actress after the show.

CHARPO: What kind of theatre did you do in Beersheba?

GLAIT: We did Ionesco and a Russian play, and I remember being chastised by
the director for speaking Yiddish. I never got rid of my accent; they called me an
“Anglo Saxit”. Then we returned to Yale and my son was born. I began giving
movement classes to dancing pregnant women and there were some terrific
feminist theatre groups. I got to play Jenny in Brecht’s Threepenny Opera.

When we returned to Israel I worked in the Jerusalem English Theatre where I
played Laura in Glass Menagerie and in Antigone. But my marriage ended after
13 years when we were in Boston.

CHARPO: Your son is how old now?

GLAIT: Yeshai is 30, lives in Princeton and is a chemical engineer. He works
in oil exploration and aeronautics… I did do some acting at The Yale Cabaret,
then returned to Montreal. My mother was ill and my son was four and a half. I
got a job doing drama therapy at a psychiatric institute.

CHARPO: There wasn’t much theatre in Montreal during those years.

GLAIT: Aviva Ravel wrote a one woman show for me, A Family Seder, in which I
played 10 different people in the same family, and I did kids’ shows for Aviva.
Then Bryna asked me to do Leah in The Dybbuk. We performed it in Vienna the
day after we visited the Mathausen concentration camp outside the city. It was
very intense; we got a 10 minute standing ovation. We never did recapture that
intensity. Back in Montreal I got cast in Reading Hebron. Fast forward… I was
assistant-director for Bryna on Pirates of Penzance. and Domy Reiter-Sofer
asked me to be his assistant director on Equus. That was one of the best
experiences of my professional life. Not just a great, internationally-known
director, he is a patient listener and is never threatened by other people’s ideas.

CHARPO: He influenced you as a director.

GLAIT:  He taught me not to be afraid of suggestions from actors. Their instincts
and their knowledge of their characters make their suggestions very valuable.

GLAIT: Yes, it really lends itself to a staged reading, and it is the 20th
anniversary of the original production. When Tremblay met Dora Wasserman he
fell in love with her; she reminded him of his mother. He loved this version of the
play. I also direct the Hebrew Theatre Group at the Segal, so Paul Flicker
entrusted me with this play. I think that being a working actor makes
you a better director. It is terrifying to be an actor.

CHARPO: You teach as well; that must help.

GLAIT: I also have a parallel career as an educator. I was the director of the
Geordie Theatre School for 10 years, and at the time mentored many young
actors, including Jay Baruchel and Jessica Paré who have gone on to careers in
Hollywood. I got Jay his first role in a student film and the rest is history. He will
be performing at the Segal this year in Sherlock Holmes.

CHARPO: Was it hard to start teaching?

GLAIT: It was hard to find students at first. I went to people's homes to sign them
up.  I think I put flyers in every mailbox in Westmount. One generous father was
so impressed he gave us a scholarship for students who could not afford to
attend, so that we would have enough kids to open a class. I also teach drama
at Villa Maria High School. This is my 11th year running the drama
department.

Les Belles Soeurs Segal Centre  8pm Dec. 3 and 4
Posted by THE CHARLEBOIS POST at 12:03 AM