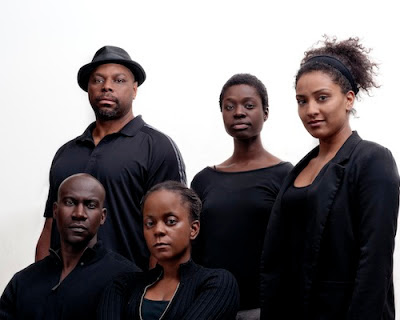 Harlem Duet is a wonderful piece written by a master playwright,and deftly directed by Mike Payette. Lucinda Davis gives a terrific performance, she has grown into a strong and subtle artist who can make you laugh and then wrench your heart. Nothing compares to the weft and woof of this complexly woven drama. From the proposition of a black woman who must have been abandoned by (the traditional) Othello, the play posits a mythopoetic tale interweaving the speeches of Martin Luther King, Maya Angelou, and Malcolm X with the stories of slaves who plan to escape to Canada, a house that is passed from a rich Dutch New Yorker to a black slave, and a father-daughter reconciliation which is heart breaking.


It is such a pleasure to see the stories of this drama unfold in the sure and talented hands of Mike Payette.

There were moments of great poetry, especially the opening lines when Billie the heroine, lists the things that have to happen for Othello to love this white woman for whom he is leaving his love of nine years. There is not just the beauty of the language and the compelling drama of the abandonment which is richly acted out, but also the impossibly beautiful reconciliation of Billie with the father who abandoned her after her mother’s death. The handkerchief with red strawberries is brilliantly used to accessorize the development of the plot.

Neema Bickersteth is delightful as the ever romantic Magi, the owner of the house and friend to Billie. Her high energy and terrific timing give the play the breaths it needs between the scenes of high dramatic tension. Liana Montoro gives a strong performance as Billie’s sister in law and confidante. The three women play together so effortlessly and with such exuberance that when we are finally introduced to Othello, portrayed by Dave LaPommeray, he just doesn’t quite match the female talent around him. He has moments and certainly he looks good, but one would have preferred one of the more experienced actors in the role. Jeremiah Sparks was a bit more convincing as Canada, Billy’s father. He is perfect in his final reconciliation with his daughter and there was a general sound of tissues in the house.

The set and lighting by Ana Cappelluto were perfectly evocative of a sixties Harlem some of us can actually remember. The costumes by Susana Vera were delightful, and made the transitions clear and pleasing.

It is such a pleasure to see the stories of this drama unfold in the sure and talented hands of Mike Payette. His transitions are flawless and the movement from the past to the present is played deftly and with delicious confidence.

Djanet Sears has won a plethora of awards and this play is a testimony to a playwright with an unerring ear and delightful sensuality.

If you can see only one play this month let it be Harlem Duet.

Harlem Duet is at the Segal Centre to November 11
Posted by THE CHARLEBOIS POST at 4:38 PM