First-Person: Don Anderson on the situation at Hudson Village Theatre 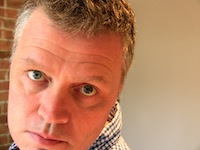