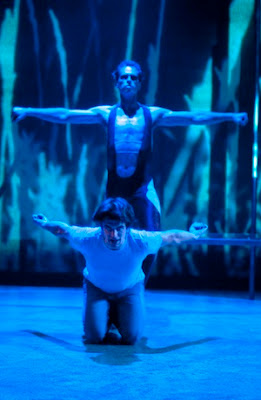 Dan Jeannotte (below) and Paul-Antoine Taillefer (Photo: Andrée Lanthier)
Of Gods and Horses
Shaffer's frightening tale gets another airing at Segal
by Sarah Deshaies