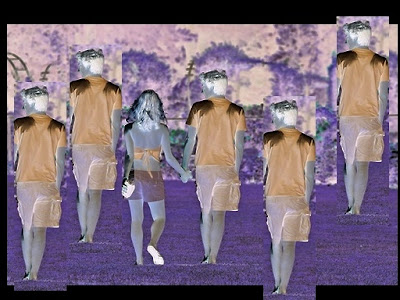 I Want Your Sex
La Ronde's twisted descendant
by David Sklar
What was that saying I remember hearing when I was taking Sex Ed in high school? “When you’re having sex with your partner, you’re not just having sex with them but with everyone they have ever been with.”  I guess they were trying to scare us into abstinence but I just kept thinking, “Oh man, I can’t wait to get laid”.
The circle of life, or rather the sex circle is on display at the Monument National this week. The third year graduating class is putting on a new adaptation by Eva Christie, based on Arthur Schnitzler’s La Ronde directed by Graham McLaren and Steven Mccarthy, entitled Three Sixty.
...the thing that stuck out most was how the male characters were portrayed.
The premise of the play follows eleven characters through twenty scenes as they debase, submit or assert dominance over each other.  There are no fairy tale weddings or happily-ever-afters in this updated text for the 21st century.  In fact, the text offers a very bleak outlook on the status of relationships as if to say, if you are not the one screwing, you are most likely getting screwed.
While the text has been updated, the thing that stuck out most was how the male characters were portrayed.  Almost all of them were either vile or weak, lusting after their women (with the exception of one couple) and discarding them once they finished their deed.  What are we saying to the modern day man who cherishes his relationships and lovers? Is there no hope for a meaningful and honest connection?
But while the fractured personae remained, the actors brought an honest portrayal to their parts.  What I’m sure felt awkward and uncomfortable in rehearsal, was done with precision and finesse on stage.  Intense moments of intimacy were brutal but genuine and a reflection on how we can treat each other at certain times. Possibly the most engaging moments were the choreographed movements pieces called “strings” were the audience is given an encapsulated picture of each couple’s conflict (both sexual and verbal).
I believe this play’s point was not to push boundaries and say, “look at us, we’re naked, we’re going to shock you”.  It was more about finding a new approach to express English theatre by adding a dash of French style.  You may not like what the play has to say, but you can appreciate how it is going about expressing itself.
The show runs until March 3rd at the Monument Nationale.
Read also an interview with the play's director
Posted by THE CHARLEBOIS POST at 11:30 AM