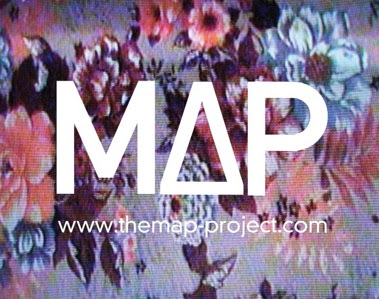 
What makes us unique
by Amy Kitz
Theatre is a unique place to make friends. As an actor, director, designer, technician, stage-manager: you freelance. When you begin a job it is often with the understanding that this job is contractual and has a definitive end point. The contractual aspect of a life in the theatre is not a work-place attribute exclusive to the stage, but I have found that theatre people have a tendency to be social people, big time social people, and this is what makes theatre friends unique.
In the theatre you may work on a show and feel as though, with that specific cast and crew, you have found/made the best friends of your life. You work together, have dinner-breaks together, go out for post-show drinks together! Theatre people seem to work very hard at making their co-workers their family. After all, we work in a business where connection is key, so this desire, combined with the added environmental pressure of working passionately towards one unique end-product (the show) makes sense. But then the show ends, and though everyone pleads life-long connections made, so too do the friendships. Or at least the style and intensity of companionship developed during the period of working.
Friends and theatre: it is a funny, special, and transient mix.
...the work does not define our way of being together…in theory.

Here at The MAP Project we have that special luxury of being a company, meaning that even when the show ends, our work together (and hence our style of being together) remains ongoing. We also have the benefit of all having had some sort of relationship with each other that precedes the genesis of MAP.  Which means that the work does not define our way of being together…in theory.
The tricky part of MAP is the fact that the friendships that exist within the company also then become the inspiration for the content of the work that we put onstage. For someone inside of it all it soon becomes a bit of a confusing chicken and egg type situation: which came first the show, or the friendship?
I am considering this because in one of our weekly MAP ‘social labs’, I was asked to talk to the camera about how I interact with the other MAP members outside of rehearsal/MAP time, and I realized that interaction with my MAP pals outside of rehearsal was becoming a rare event for me. However, I then went on to claim that I wasn’t particularly bothered by this lack of friendship time because, I knew that no matter what, I would see all of these pals in rehearsal and work time anyways; for rehearsal has to happen, the work must be the priority over social time, right?
...what does this lack of time spent just hanging out mean for the work?
It is only now that I have begun to consider that, although our lack of ‘normal’ social time may not be detrimental to our status as friends, what does this lack of time spent just hanging out mean for the work? The content of the work counts on us as a company having an identity outside of the fact that we are a theatre company. What happens to the integrity of the source-material when that identity begins to morph and slip itself inside out?
I certainly have no answers, but I have begun to wonder: when the work is about the friendship, and the friendship is about the work, where does that leave the heart of the show?
Theatre friends: a unique beast indeed.
MAP Episode Six: Friday, March 2, 2012 at Mainline Theatre. Go to www.themap-project.com for details.
Posted by THE CHARLEBOIS POST at 12:01 AM