First-Person: Rahul Varma on Where the Blood Mixes 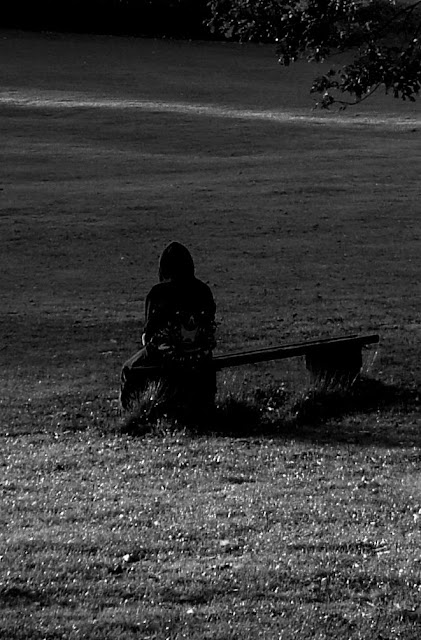 For the child taken, for the parent left behind
“Truth and Reconciliation Commission of Canada”
© Rahul Varma, Sept 7, 2012

Kevin Loring’s play Where the Blood Mixes started as a monologue, which he wrote for his theatre school graduation. The original title was The Ballad of Floyd, which portrayed Floyd, an aboriginal man celebrating his lost daughter’s birthday in, of all places, a bar. In 2001, Kevin performed this monologue at the Talking Stick Cabaret organized by Margo Kane’s Full Circle: First Nations Performance to a great admiration from the public. But Kevin was not satisfied. He decided to develop the play beyond its form and content. He gave himself a goal: “let this play teach me how to write and produce a play.”  Next, the monologue transformed into a one act play. What remained common between the monologue and the one-act was Floyd’s inability to escape from alcoholism. Kevin had set the play in a bar as a purgatory for Floyd, in which Floyd would go to the bar, lose his senses, and keep waking up again and again until breaking out of the cycle of alcoholism, and leaving the bar never to return again. This version of the play was work-shopped and read at the Factory Theatre’s Crosscurrent Festival of New Works, where highly respected Native actor Gary Farmer was assigned to read Floyd’s character. Which playwright would not be honored to have Gary Farmer read his character? But Mr. Farmer did more than reading a character, he gave Kevin a lesson. He slammed the script on the table, “Thirty five years in the business and here I am playing another drunken Indian in the bar. So what? So he is a drunk in the bar. So what now?”
So What Now?
That day, this highly talented aspiring playwright was told out loud what no one had told him for the four years he was working on this play. “So what now?” from Mr. Farmer made Kevin understand what was wrong with the play and what to do about it?  The “so what now?” made Kevin embark on a journey to discover the greater story -- the story behind the story. What was behind the drunkenness, behind the pain and behind the isolation of Floyd? Why was he so damaged? What will happen to him? Audiences will find that out after seeing the play! What will happen to The Ballad of Floyd? It will become Where the Blood Mixes telling us the story behind the story.  What will happen to Kevin? He will go on to win the Governor General’s Award for Where the Blood Mixes.
Where the Blood Mixes

The title Where the Blood Mixes is a translation of the N’lakap’mux place name Kumsheen. Some people say it means “the place where the rivers meet”.  However, for Kevin Loring, it means “the place inside the heart where the blood mixes”, which is a reference to Kumsheen being the heart of the N’lakap’mux Nation. Where the Blood Mixes is a play about the horrific aftermath of Canada’s Residential Schools, established in 1870 and still leaving a deep imprint on First Nations communities today.
This play is a powerful story of Floyd, Mooch, Christine, June and George. It’s about love for life and zeal to live despite damaged lives. It’s a play with humour rarely witnessed on the stage.
“To Kill the Indian in the Child”
Canada’s Residential Schools were established to “kill the Indian in the child”.   Two primary objectives of the Residential Schools were to remove Aboriginal children from the influence of their homes, families, traditions and culture.  The Residential Schools were established explicitly to “civilize and Christianize” Aboriginal children. They were told they were dirty and uncivilized, and their culture and religion was worthless. If they spoke their own languages, they were strapped, beaten and sexually abused.  The goal was utter assimilation into the dominant culture.  The colonialist strategy was to cut the children off from their roots—to separate children from parents and thus demoralize and denigrate an entire people—to starve and ultimately eradicate cultural values so that they could be supplanted with Euro-Canadian ones.
Resistance, Apology and Redemption
In 2008, the Canadian government finally offered an apology. Prime Minister Stephen Harper stood up in the House of Commons and said, “I stand before you, in this chamber so central to our life as a country, to apologize to Aboriginal peoples for Canada’s role in the Indian Residential Schools system. To the approximately 80,000 living former students, and all family members and communities, the government of Canada now recognizes that it was wrong to forcibly remove children from their homes and we apologize for having done this.”  After 150 years of Residential Schools, Prime Minister Harper's apology and appeal for forgiveness are public recognition of a national shame. The cornerstone of the government apology is the formation of Truth and Reconciliation Commission to help the process of healing and make the country accept its collective responsibilities and recognise the historical faults. It is also to help the survivors, hurt parents, and families destroyed by forced assimilation.
The apology is only the beginning of reconciliation, not the end.  If the apology is to have meaning, it must be backed by removing the conditions that brought about the Residential Schools in the first place. This means ending discrimination, cultural domination, politics of indifference and bureaucratic obstacles to inclusion.
Kevin Loring tells us why he wrote this play
“I wrote this play to honour the incredible resilience of the survivors of the Residential School System, to try to aid in the healing of their aching hearts. I wrote it for my generation who lived in the aftermath and for the generations after who may never fully understand the impact these institutions continue to have on the lives of aboriginal people today. I wrote it because of the overwhelming ignorance I encountered about the subject. I wrote this play because when I was growing up in my home town of Lytton British Columbia where the play is set there were sometimes 3 suicides a month in the tiny community of 2400 people, and a contributing factor for almost every one of them could be traced back to some form of intergenerational abuse within the families that originated at St. George’s Residential School. I wrote this play because there are more Aboriginal children now than ever before that have been taken by social services from their communities and families and who have little to no connection to their culture or the ancestral lands which are their birthright. I wrote this play for my family, to show them that I have listened to the stories and have found my own way to tell them. They say in my culture that stories and songs seek out voices to sing them, speakers to tell them, that they are like living entities. I wrote this play because this story chose me.”
Why “Where the Blood Mixes”
This is not the first aboriginal play that Teesri is producing. We have produced Land Where the Trees Talk, (Rahul Varma), Unnatural and Accidental Women (Marie Clements), Alternatives (Drew Hayden Taylor), and All Mighty Voice and His Wife (Daniel David Moses). Where the Blood Mixes is our latest Aboriginal play.  We bring this play because it’s beautiful and a great way to start public discourse about the past and present treatment of our first peoples, and to remind us to be prepared to undertake an honest assessment of the relationship between Aboriginal and non-Aboriginal peoples today.
Cast and Crew
Where the Blood Mixes by Kevin Loring
Directed by Lib Spry
Assistant Director: Deanna Dobie
Stage Manager: Luciana Burcheri
Featuring: Alarey Alsip, Charles Bender, Eric Hausknost, Jeremy Proulx and Emilee Veluz, with music by Dumisizwe Vuyo Bhembe.
Assistant Stage Manager: Mélanie Ermel
Production Manager/Technical Director: Mallorie Casey
Set Designer: Diana Uribe
Lighting Designer: Jody Burkholder
Costume Designer: Laurence Gagnon
Projections Team: Laurence Gagnon, Chris Hicks, Deanna Dobie
Fight Director: Jean-François Gagnon
www.teesriduniya.com
Posted by THE CHARLEBOIS POST at 12:02 AM

Email ThisBlogThis!Share to TwitterShare to FacebookShare to Pinterest
Labels: Rahul Varma, where the blood mixes