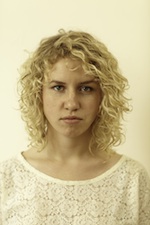 One
by Rio Mitchell
Since its inception in 2009, MAP Project has created 5 pieces for the theatre, 4 for the gallery, and a publication uniting artists over themes of surveillance, performance and authenticity. We are now set to launch our most ambitious project yet: a monthly reality-TV inspired live stage series, running at MainLine Theatre the first Friday of every month.


MAP: Season 1 follows Iris, Jake and Amy as personalities divided between the 'banal' everyday, and a dystopic world of 24/7 broadcast, where they each must fight for eternal syndication or risk having their lives 'cancelled'. Reality TV and theatre collide in a look at the waning line between authenticity and performance. 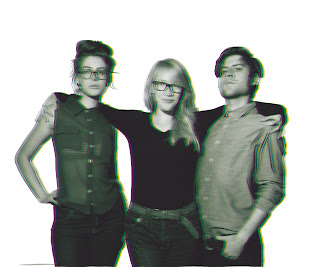 MAP Project is unique from most Montreal English theatre in that we are a sustained troupe: a group of artists working and growing together.


It can be said that pastiche is the epitome of parody, and that would make MAP an ultimate parody of our culture and the lives of 3 people who live it. In our instantaneous, smartphone, video streaming-speed lives, we encounter the ‘chicken-or-egg-first?’ riddle of our time: is it pop-culture that we become? Or does pop-culture become us? MAP Project swims with this question in our work and play- or rather, our play that becomes our work. Our group gathers every Sunday evening to talk, play, eat, drink, watch TV and generally ‘hang out’ under the watchful eye of cameras, giving reality-TV-style private ‘confessionals’ throughout the night. The footage is transcribed, analyzed, and collaged into scripts along with verbatim pop-culture references from songs, movies, shows, YouTube videos and commercials. The result is 1-part ultimate-realism as actors replay (and replay and replay…) their own banal actions and interactions, and 1-part high-voltage, jolting, quick-cut TV-style Theatre with a capital ‘T’, as the actors explore alter egos though popular characters and public personalities, and all of the high-stakes dramas and narratives that come with them. MAP shows explore personality, Generation-Me pop-culture, authenticity, and ultimately how we interact.
MAP Project is unique from most Montreal English theatre in that we are a sustained troupe: a group of artists working and growing together. Our roles, though they have changed and fleshed themselves out over our 2-and-some years working together, have been cultivated organically, taking advantage of our strengths and interests. Though we have seen some MAP-members come and go, and engage in partnership with many other artists, our core ensemble has remained the same; Our performers, Iris Lapid, Amy Kitz and Jake Zabuski, have played together for a year, and Amy was stage manager for MAP’s very first stage show, One. Associate director David Digiovanni was initially a MAP performer, designer Bella Klein is an original founder, and I as partner-founder appeared on stage in Two and Three before streamlining as director. Working within this fantastic group has made me wonder why theatre is ever done any other way- the English North American format of ‘assemble group- 6 week rehearsal- run show- disassemble group’ seems more and more ineffective to me, especially in the pursuit of thematic and performance research, and creating original pieces for the stage. MAP is able to constantly build upon our growing group knowledge and aesthetic; we share a common vocabulary, and are able to secure the long incubatory time required to develop and dig deep into our themes and research.
Part of the MAP-methodology is that if we knew what our next show was going to say, we wouldn’t be developing it...


All of this being said, it is only with such an established, excited, on-the-same-page group that I would have ever considered taking up Mainline Theatre on their offer to host a MAP monthly series. Part of the MAP-methodology is that if we knew what our next show was going to say, we wouldn’t be developing it at all- much as our working structure became organically, so do the themes and through-lines of our shows develop out of our preoccupations and conversations during the development period. In a 100% verbatim series, cranking out a script and show a month means working on a tight 4-week rotation: film, analyze, write, rehearse, rewrite, rehearse, perform, repeat. There is no writing-ahead, because the material literally has not happened yet. This results in a series that advances as naturally and spontaneously as the real and pop-life that it is pulled from… or so we imagine, anyway. We’ll have to wait for Episode 1 on October 7th to see for sure.
Follow MAP Project weekly with The Charlebois Post, as MAP members weigh in on the troupe-process, themes in play, and issues at stake in producing a live monthly series.
-Rio Mitchell
Director, MAP Project
The company's web site
Posted by THE CHARLEBOIS POST at 3:15 PM