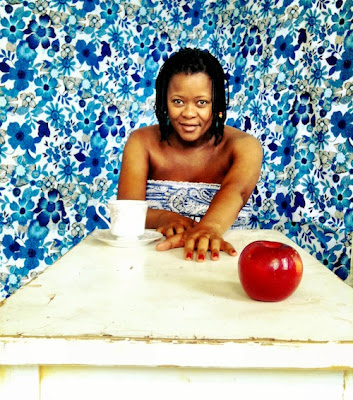 Welcome to Maria’s House
“This is my house. Welcome. Welcome to my house. Karibuni. Nashukuru mmekuja.”
-Maria Msondo
MONTREAL – September 19, 2011 - Black Theatre Workshop presents its 41st season Mainstage production Stori Ya by Joan M. Kivanda, directed by Millie Tresierra and starring Warona Setshwaelo in her BTW Mainstage theatre debut. Stori Ya is presented at the Mai 3680 Jeanne-Mance – November 16 to December 4, 2011.
The World’s economy is changing, and people are losing their homes. What if it happened to you? Stori Ya tells the tale of an East African woman, Maria, facing the repossession of her home. Moments before her place is taken, Maria hosts a last dinner and invites guests from her past. Stori Ya is filled with characters and traditional African songs, as Maria tells fascinating tales about a journey from Tanzania to Canada, filling you with the bittersweet memories of her life.

Stori Ya features a moving solo performance by Warona Setshwaelo, a talented actress who has appeared in several Montreal productions including Humans (Theatre Table D’Hôte) and Truth and Treason (Teesri Duniya Theatre). Written by Toronto playwright Joan M. Kivanda, Stori Ya was presented at the Harbourfront Centre in Toronto (2005) and at the Playwrights Theatre Centre in Vancouver (2007), and has been workshopped by famed Canadian playwright Judith Thompson and Playwrights’ Workshop Montreal.
Black Theatre Workshop, as the oldest African Canadian theatre company, stands strong in its commitment to bringing all Canadians the enlightening, profound and entertaining stories that come from African Canadians throughout this country we share. Come celebrate the old and be a part of the new with Black Theatre Workshop.
For more information on Stori Ya and BTW’s other 41st season events, please go to www.blacktheatreworkshop.ca or call 514-932-1104 ext 226.
Posted by THE CHARLEBOIS POST at 4:29 PM