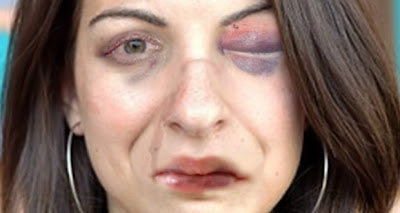 Screen grab of Anita Sarkeesian in a video "game"

Do we need feminism?
How a discussion on video games should make us reflect on theatre.
by Gaëtan L. Charlebois

Gloria Steinem once wrote that it is important to say you are a feminist, especially if you are a man. So let me start right there: I consider myself a feminist. I was an activist for women's rights before I was vaguely involved in the Queer movement. I read Germaine Greer's Female Eunuch when I was 14 and my world lit up. As I joined theatre, this feminism was very finely tuned and expressed itself in my work - well into my time as a critic.

I bring all this up, this week, because a young writer, Stephanie Guthrie, made the gross "error" of drawing attention to a hideous video game that invited players to beat up feminist media activist Anita Sarkeesian. Ms Guthrie also noted that the game's designer was a Canadian and she identified him (as he was using a nom-de-créateur). I followed a subsequent Twitter-assault on Ms Guthrie that actually ended up with death-threats from a soi-disant sharp-shooter. 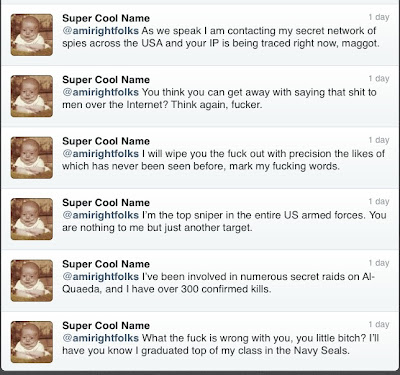 I know about gaming culture. I play video games to insanity, sometimes. There is a huge streak of sexism, racism and homophobia within that community. By and large gamers do a relatively good job of policing other players, but the games themselves tend to be filled with big tits and stereotypes. Those of us who have been playing a long time end up ignoring it all because it's just too tiresome to throw down red flags all the time. But Ms Sarkeesian - she who is getting punched out in the above-mentioned game - wanted to present images from this culture and was simply crowd-sourcing funds for the video project. She incurred the wrath of gamers and - voilà! - the abusive game.

All this made me reflect on recent debates in theatre. I have written about the frat-party plays at the Fringe and although by themselves they may seem harmless, one wonders if they are not just one sign of a more pernicious sexism that exists in this art as it does in game design; sexism in employment, content (plays) and reviewing.

- Women of a certain age tend to disappear from the stage despite the fact that women are disproportionately represented in the art form. (Lyn Gardner of the Guardian wrote an interesting piece on playwrights.)

- As Joel Fishbane wrote, women are proportionately absent from the process of creation.

- Women's theatre tends to get assigned to the "ghettoes" of women's theatres. That such companies MUST still exist in the 21st century strikes me as aberrant.

- In Toronto, the five members of the critics' organization which votes on prizes are all men. (Chris Wilkinson of The Guardian wrote on the male critic "problem".)

All of this merits discussion. Censorship is not the answer, but perhaps, for instance, more vigorous debate on the plays of David Mamet is in order. Rereadings of the classics - Taming of the Shrew - are important (and in this regard, companies as varied as Stratford and Vile Passèist have begun the work). Affirmative action in theatre for women (and people of colour)? Why not? There's a lot to talk about.

But clearly there is also a lot to do.
Posted by THE CHARLEBOIS POST at 12:01 AM