The Upstage Interview: Jana Van Geest on Theatre on Radio 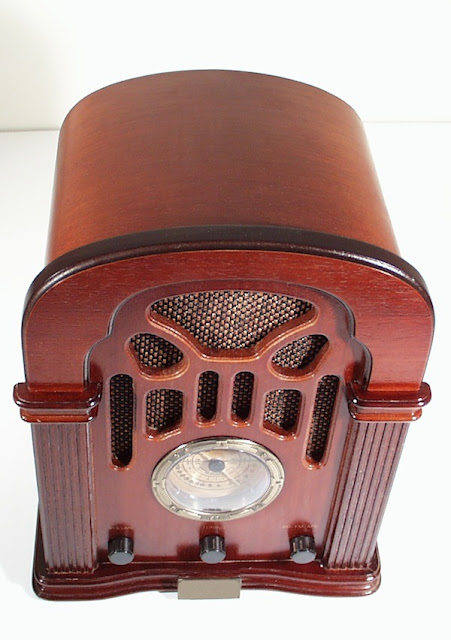 you have to set it in the real to give the audience’s imagination an appropriate place to launch from
Upstage and CharPo contributor Sarah Deshaies spoke with Upstage Contributor Jana Van Geest about her producing 10-minute radio plays as a regular segment on Upstage.

UPSTAGE: This is probably the first time one Contributor interviews another! Tell us about your project, and what you’re looking for.
VAN GEEST: I’m looking for 10-minute plays which will be broadcast on Upstage, likely once a month. If you want to submit a script, email me at janavangeest@gmail.com
UPSTAGE: Do people only write the play, or do they have to provide performers?
VAN GEEST: They’ll be pre-recorded in studio. I’ll be directing and casting the play as well. There are so many wonderful actors with great voices, I’m looking forward to working with actors for a voice play.
A voice piece is very different from a stage production. No blocking, no props to be managed, less rehearsal. When you’re doing a radio play, voices are significant. A lot of actors aren’t developing their voices as much as in the previous era of theatre. Theatre being a balance of visual and audio, radio plays are strictly audio. So you have to go with the voices and well placed sound effects

I’m sure a few guests have read excerpts from their plays, but you’ll get to hear them on air practicing their art.


UPSTAGE: For the audience as well, it’s wonderful to imagine the scenario. And good voices can really make a difference; take you somewhere else. We often play radio dramas on Upstage; it’ll be great to have radio plays with local  people.
VAN GEEST: I’m sure a few guests have read excerpts from their plays, but you’ll get to hear them on air practicing their art.
UPSTAGE: It’ll be a great opportunity for writers as well. Do you have any tips for  someone who might be listening and thinking they’d love to try it. à
VAN GEEST: My best tip would be to write a few lines at the beginning of the script to set the scene; to give an indication of the environment that all the characters are involved in. Otherwise the audience would be disoriented. Radio plays are a bit limited, they can’t be metaphorical so you have to set it in the real to give the audience’s imagination an appropriate place to launch from.
UPSTAGE: I’m sure a lot of people might think that radio plays have to be adventure or detective but a radio play doesn’t have to be just that; it can be anything.
VAN GEEST: That’s right. Radio plays used to be primarily mysteries and drama. And I think that now we have such a diversity of media, that diversity can be transferred to this particular medium as well.
A few years ago,  I heard some great radio plays when I was working at Playwrights Workshop. We did a radio play project with writers from National Theatre School (NTS) which was then performed by NTS acting students. Seeing the actors reading was fun to watch; their different techniques for bringing out the shadings and expression in their voices. I’m hoping we’ll be able to do something like that.
Submit scripts
Posted by THE CHARLEBOIS POST at 12:01 AM