First-Person: Liz Truchanowicz on The Butler Did It (Lakeshore Players) 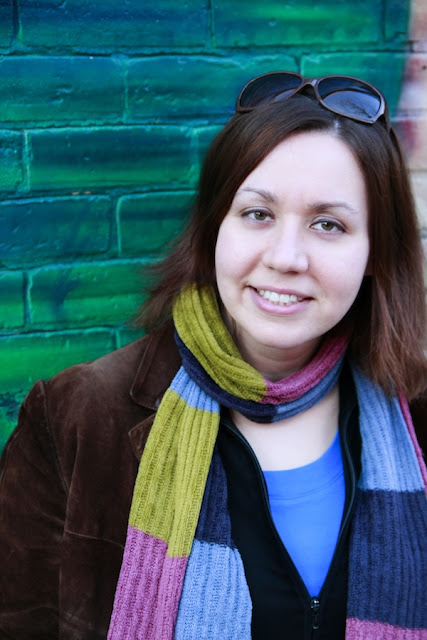 I kinda, sorta, really like theatre
From Prompting to Murder most foul
by Liz Truchanowicz

So picture little ol’14 year old me. Grade 9. First year of high school in the suburbs of Toronto. New school. Big School. Going from being a part of the oldest students in elementary school to being the youngest in high school. Not knowing where I’ll fit in, if anywhere. Only knowing I kinda, sorta, really like theatre. And then there it is – a posting for auditions for the school play. Oh! The play is The Butler Did It by Tim Kelly. Yes, this is where I belong.  After a heart-wrenching audition based on a speech from that semester’s English class reading of To Kill A Mockingbird (yes, I had cut and pasted to create my own monologue) I waited. Alas, and to no surprise, I didn’t get cast. I have only graced the stage as an actor once – in Grade 10 – such a traumatic experience (for the audience!) that it has not been repeated since. But I so wanted to be involved with the play that year, I applied to be a member of crew – and I was given, what I considered at the time, a terribly important job. I was the prompter. I went judiciously to every rehearsal, ready to prompt the older students (who were cast in the roles of course) when they forgot a line. I had the best time, and I am pretty sure I was upgraded to stage manager at some point, but not really knowing what that entailed I just did what I was told – which was hangout backstage during the show and help the actors – and since it was a high school play – prompt them during the show when they forgot a line!

So when I saw Lakeshore Players post their season and then a call for directors for Tim Kelly’s The Butler Did It I knew right away that this was the play for me. I had to direct it! I didn't think anyone else had even heard of this play, let alone had an interest in producing it. I dusted off my script and off I went. Lakeshore Players is one of the most established community theatre groups in the Montreal area – having been producing theatre for over 45 years – they continue to have a strong following and continue their support of the local community by assisting the fundraising efforts of other not-for-profit organizations through their benefit nights.


a secluded manor, an off-kilter maid and an odd assistant, a larger-than-life hostess and a terrible storm brewing

Now, if you haven’t heard of this play before, let me tell you a bit about it. We begin with a secluded manor, an off-kilter maid and an odd assistant, a larger-than-life hostess and a terrible storm brewing outside. A zany cast of characters begins to arrive, everyone has something to hide and no one is who they seem. Sound familiar? Well it should.  More than just a spoof; this play is a comedic send up, an homage to the murder-mystery genre we all know and love.

Each of our characters is ripped from the literary pages of well-known detective novels or movies of the 20th century. The most apparent connection is to Agatha Christie’s Miss Marple character in our illustrious hostess Miss Maple. And we’re not shy about it - our plot takes a line right out of her well known classic And Then There Were None (which Lakeshore Players will present in May 2013): the dark and brooding manor on an isolated island, a violent storm strands our guests, murder is afoot, and figurines tumble from the mantle. The murderer must be in the house! It must be one of us! But is it you? You? Or maybe YOU!

Our bumbling amateur sleuths include the hardened gumshoe Chandler Marlowe (based on Phillip Marlowe – a role made famous by Humphrey Bogart in The Big Sleep), the elegant, Manhattanites Rick and Laura Carlyle (based on Nick & Nora Charles of The Thin Man series of films), the overly dedicated Louie Fan (based on Charlie Chan – a character originally created to contrast the prevailing Asian villain stereotypes of the mid-20th century), the archetype of the proper British gentleman, Peter Flimsey (based on Lord Peter Wimsey), the fidgety Father White (based on Father Brown) and the spectacular Charity Haze (based on the 60s comic strip heroine with a criminal past - Modesty Blaise).

The murder-mystery genre holds a timeless appeal. It is a genre that continues to thrive in TV series like Castle, the Law and Order spin-offs, and even the CSI shows. It allows us to go along with the characters on the ride and try to solve the mystery before us.  Introduce comedy into the mix and what’s not to love – a risk-free evening that gets us involved in the action. We don't know whodunit either! We're trying to solve it right along with the characters on stage.

Directing for Lakeshore Players has been such a fun experience. Directing independent work mostly, I’ve been asked – why direct for a community theatre group? Well I ask you – who wouldn’t want to share the rehearsal room with a dedicated group of actors who are there because of their unabashed love of theatre? And secondly, variety is the spice of life is it not? I love being able to direct different types of plays – from  Sarah Kane’s 4.48 Psychosis I directed & produced at the Segal Centre lab space back in 2009 to the dramatic Fringe show this past year written & performed by Christine Rodriguez Dreaming in Autism to this hilarious whodunit. From no budget, beg-borrow-and-steal shows in basements to shows with beautiful production values such as this one. It’s what keeps us young directors on our toes - testing new skills and rising up to new and exciting challenges.

This production has given me a unique opportunity to revisit the best part of my high school days – the time spent on evenings and weekends at the school gym-slash-auditorium, a rarity indeed, and to get to play with outrageous characters both on and off the stage. ...And this time, I get more of the jokes and references ;). Enjoy.

Or buy tickets at the door: Cash only

Email ThisBlogThis!Share to TwitterShare to FacebookShare to Pinterest
Labels: Lakeshore Players, liz truchanowicz, the butler did it