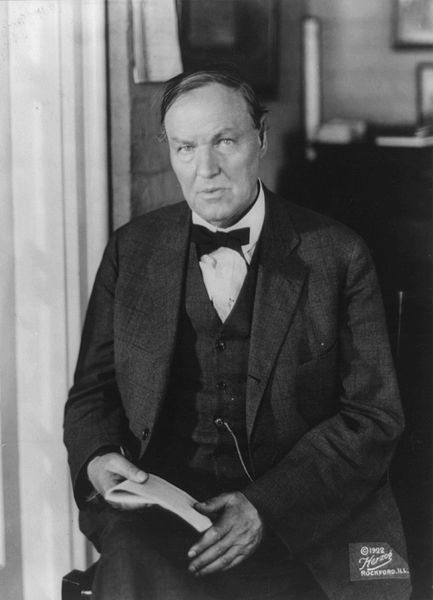 A rousing, if slightly flat, rendition of a courthouse Holy War reminds us that the teaching of evolution is still in question
by Sarah Deshaies
@sarahdeshaies

“After Tuesday’s election, four new members will join the Kansas State Board of Education, but one thing likely won’t change — students will continue to learn about evolution,” reads an opening paragraph in a news article. “That means Intelligent Design isn’t likely to return to Kansas science standards anytime soon.”

The dateline on this article in The Topeka-Capital Journal is Nov. 7, 2012 - a questionable near 80 years after the sensational Scopes Monkey Trial, a case in Tennessee where a teacher was prosecuted for teaching evolution. Inherit the Wind is the 1955 theatrical retelling of the Scopes trial, but set in the town of Hillsboro - “the buckle on the Bible Belt.”

In Montreal, where the hot education debates mostly revolve around at which age the government should mandate language in classrooms, and funding one of the cheapest post-secondary education on the continent, it’s hard to imagine that beyond our borders, questions of science pedagogy are still brewing.

Oddly enough, while intelligent design in Kansas is apparently on the out, legislators in Tennessee easily passed the “Monkey Bill” earlier this year. It allows teachers to discuss the “alternative” theories of science like evolution and cloning, but only if students question them.

Some old debates, like religion vs. science, die hard.


The timing for this play is prescient

In Jerome Lawrence and Robert E. Lee’s play, Bertram Cates (Matt Smith) is a mild-mannered schoolteacher who dares to teach evolution to the children of sleepy, hot Hillsboro. For this transgression in a small, religious community, he faces prosecution.

Two lofty out-of-towners swoop in to take sides in his trial: Henry Drummond and Mary Harrison Brady, the Clarence Darrow and William Jennings Bryan, respectively, of the real Scopes trial. The townspeople, who have erected a “Read Your Bible” banner at the courthouse, gleefully root for Mary and watch the spectacle of a trial.

Drummond is an atheist and fine legal provocateur, while Harrison Brady is a Bible-thumping, three-time White House candidate, undaunted in her quest to promote conservative values. (Which perfectly imitates the real-life Darrow and Jennings Bryan.)

The timing for this play is prescient; in the shadow of the 2012 presidential election, as Mitt Romney looks to re-assign his soon-to-be unemployed campaign staff and tosses around the idea of turning his diary into a book, we get to question the purpose of failed presidential candidates through Mary.

Indeed, in a bold casting decision, Matthew Harrison Brady has become Mary: in her director’s notes, Annabel Raby writes that the female casting is meant to modernize the play and to “explore the nature of emerging female politicians.”

The original Inherit the Wind is a huge ensemble undertaking, with over two dozen characters. Players’ Theatre’s scaled-down attempt works well, with no character outshining the other. Emily Doyle plays Mary with a silver tongue, trying to reflect her character’s decades of rousing oration and debate. Sam Steinbock-Pratt, on his own way to law school, is the slovenly awkward yet passionate legal eagle.
Though the original schoolteacher, Scopes, was a mild-mannered man, it’s hard to believe that Bert Cates is the brazen lawbreaker he is painted to be, as Smith simply looks grave most of the time. Bert’s sweetheart, Rachel (Katie Scharf) is the daughter of the local fire-and-brimstone Reverend; Scharf, a graduate of LaGuardia High School of the Arts, is sublimely torn between her loyalty to religion and to Bert. Matthieu Labaudinière does a charming turn as the sharp-eyed media spectator, reporter E.K. Hornbeck.

In between healthy dollops of great Southern accents, a sepia-toned backdrop, divine period costumes in shades of pastel, and twangy live music, this is a superb production.

The ending is muddled, but I suspect it’s because it is simply hard to put on a play about old, dueling pundits in a courthouse when you’re a band of young students… and I say this as a fellow 20something who has attempted similar things. But Inherit the Wind is an ambitious, rousing production that reminds us that the debate over science has not gone the way of the dinosaur.

Inherit the Wind runs Nov. 14-17 and 21-24 at McGill Players’ Theatre in the Shatner Building. Showtime is 8p.m. Tickets are $8, $6 for students and seniors. Tickets are $5 if you bring you articles of clothing for donation for Dans la Rue, as part of Inherit the Warmth, the Players’ charity initiative.
Posted by THE CHARLEBOIS POST at 4:31 PM