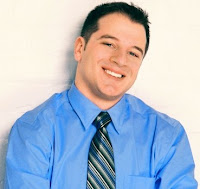 Montreal Fringe announces its lineup, milks artists
by Rob Salerno (reprinted, with permission, from Mr. Salerno's blog)
[Publisher: I have decided to reprint this article, which went into circulation last night, to encourage dialogue between artists who have appeared at our Fringe and the Fringe organization. Mr. Salerno's opinion reflects those of several veteran Fringe artists I have talked to off the record. When posted on Facebook, last night, there was a very interesting discussion on the article's many points. I encourage that discussion to continue here. NB: Mr. Salerno has made corrections to his original post. In the interests of clarity, we have removed the strike-outs. GLC]
The Montreal Fringe has announced its lineup after throwing its lottery party earlier this week. I’m not going to do synopses of all of the Fringe lineups, because that would be nuts, but I thought it would be worth looking at Montreal Fringe’s list because it’s the first big one to announce its lineup and also, it reveals some of the less-than-awesome things going on in Montreal Fringe.
The Fringe drew 84 companies in the lottery — 29 local francophone, 28 local anglophone, and 27 Canadian and International companies. This is slightly down from last year’s total, but the Fringe says more companies will likely be bumped up from the waitlist as they figure out the schedule and possibly add more venues. And of course, BYOVs will be added to this list. So it doesn’t appear as if the Fringe has actually learned lessons from last year, and is going to continue to expand beyond its capacity to draw an audience.
You’ll also note that they’ve posted the wait list for each category: 13 International companies are waiting for 13 spots. I guess that’s fair. It means performance poet Jem Rolls in spot #13 is hoping that every other international company drops out of the Fringe so he can get a spot.27 Canadian companies are waiting for the 14 Canadian spots.
50 Quebec Anglophones and 34 Francophones are waiting for the 28/29 spots currently available.

I got burned by Montreal Fringe in 2011, when I was given a wait list position that would’ve required every company to drop out and then two more companies ahead of me to drop out. I asked for my money back right away. I got no response immediately, and then had to hound them for months. They promise the cheque was in the mail — what, they couldn’t just refund my Visa? — and it wouldn’t show up. When I threatened to complain to the Quebec bureau of consumer protection, they finally mailed me a cheque, which — punchline! — bounced. (This happened while I was performing in Europe and left me cashless until I could get money transferred to me. They eventually sent me an electronic deposit.) I wonder what happens to wait listed companies who aren’t as proactive as I am?
[EDIT: After posting this, it was brought to my attention that this year, the Montreal Fringe did not actually charge the full amount in advance, unlike in previous years. So they have learned from their mistake. It was also brought to my attention, for comparison's sake, that Edmonton does indeed still charge the full amount to all companies kept on the waiting list as well.]
One more beef before the results. Montreal Fringe also charges a ridiculous nonrefundable “administration fee” of $60 on every application, which is not refundable. This is supposedly to cover the costs of running the lottery, which, let’s face it, is just writing numbers on pieces of paper, assigning those numbers to companies, and then drawing them out of a box. Despite the ~200 applicants who contributed ~$12,000 in admin fees, Fringe couldn’t even find time to post the lottery results the day after the lottery. $60 is an insane charge just to enter the lottery for this or any other festival festival. Only Vancouver approaches a fee that high ($50) and it’s just as ridiculous. Juried festivals that actually read your submissions charge less than that. This really needs to be brought under control. [EDIT: The $60 fee is actually $50 plus HST. That's still a $10,000 total.]
I didn’t apply to Montreal this year, and I won’t until they clean up their act. The way they’re running the festival is irresponsible at best, unscrupulous at worst.
Anyway, the lottery winners:
From the list, I recognize only a few big names.
The international list includes Chase Padgett of Six Guitars fame, and John Montgomery of Fear Factor: Canine Edition, who was also a CAFF lottery winner. Weeping Spoon is Shane Adamczak of Zack Adams fame. He had success at this year’s Montreal Fringe. His company is still considered to be based in Perth, Australia even though he lives in Montreal and works for Mainline Theatre, which runs the Fringe. He was an early-bird draw, so it doesn’t look like he’s taking advantage of better odds in the draw.
In the Canadian category, Peter n Chris of The Peter n’ Chris Show and Sam Mullins of Tinfoil Dinosaur are back after getting in via the early-bird deadline. They were big hits at this year’s Montreal Fringe. I also see improv troupes Sex T-Rex and Hip.Bang! Also nice to see that our client The Theatre Elusive got in. They’re also doing the Frigid Fest in New York next year.
I don’t recognize anyone in the local categories.
Posted by THE CHARLEBOIS POST at 4:07 PM