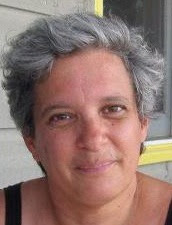 Eo Sharp is a Set and Costume designer who has been working for just over 20 years.

SHARP: My original plan  was to be a costume historian. I began studying art history at the University of Toronto with the intention of doing a Phd in Costume History and working in a museum.

While getting my BFA I realized that I did not want to just  accumulate knowledge but that I wanted to transform it, to create and build things based on my knowledge.

The surprise for me was discovering a love of architecture and I ended up specializing in architectural history.

So my studies changed direction and after graduating I went to the National Theatre School to study set and costume design.

I have been designing sets and costumes since graduating.

For me the set and costumes are deeply interconnected. I am creating the world in which the characters exist and it is rare that I do not do both.

I see the design as being the visual translation of the text, so for me theatre design encompasses both.

When I first graduated I was always offered work designing costumes because I am a woman; whereas my male classmates were offered sets. (We used to joke amongst ourselves about the absurdity of it).

I started to refuse contracts unless I was offered both sets and costumes. At first theatre companies were very resistant to offering me both, but I was insistent.

Now they do not understand if I want to do only one...

Them's the breaks.
Posted by THE CHARLEBOIS POST at 12:01 AM