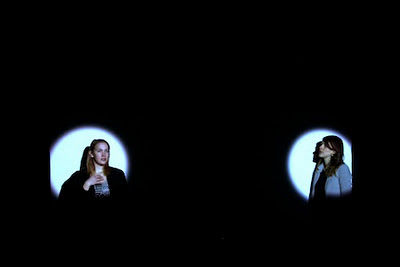 Part VIII
Toward the end
By David di Giovanni

You know, we’ve been involved in putting on a show a month at the Mainline since September, and never once did any joke involving ‘that time of the month’ come to my head.

MAP started Season One, at least for me, from the desire to search for theatrical forms which would attract a younger demographic to the theatre.  So what exactly does that mean?  Well, here’s how it went for me. 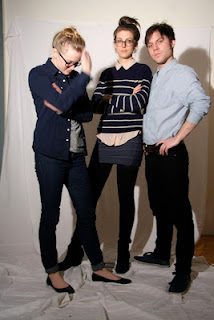 So the thought continues, why not make theatre which stitches together these two appealing concepts:  the exclusivity of a live performance (you either come to the theatre and see it or you don’t), and the ritual of following the development of fictional characters over the course of a season?

As it is coming to a close now, I’ve been wondering: is this an appealing concept?

On one hand, only having one night to present the performance has created an exciting environment.  We have audience members who come back each First Friday, who are hungry to see the development of the MAP characters.  These audience members have become as intrinsic a part of the First Friday ritual as the actors.

On the other hand, the exclusivity can be isolating for others.  When it happens once, it is gone.  And when a couple of episodes have passed without your being able to come, why go see it?  Why even write about a performance that will happen once, if you cannot convince others to go see that same episode on a later date?

Some tough questions, which bring up the baser question: what reasons do people go to the theatre anyway?  What reasons would someone want to commit to an episodic theatrical serial? 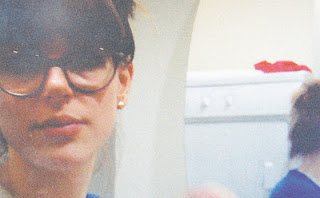 And on May 30th, two days before the opening of the Season Finale we are having a Marathon of all seven episodes.  It is a six-hour extravaganza (6PM - midnight) with dinner.  We actually have a ticket which includes the Marathon and Season Finale!

A few years ago, I had the pleasure of seeing Robert Lepage’s Lipsynch at the Luminato Festival in Toronto.  It was a nine-hour event, which stitched together the stories of various characters in various chapters with many breaks in between.  I don’t remember much about the performance itself - it has a dream-like quality in my memories.  What struck me most was the ritual of it all:  leaving the theatre every break, and gathering back in, seeing the same faces in the audience, following the life-story of various characters, and doing it again and again and again.  There was an awesome sensation of ritual and of community between each person in the space.

This is the sort of virtual community that exists for people who follow the same television show.  Over the course of a long period of time, I can learn to connect with others who follow the same show I am following.  I can make jokes they will understand.  When I see them, we can discuss character updates.  We also believe we share a similar sense of humour or interest.

MAP has been working in this territory.  We have been dealing with how people connect in the digital era for the last Season, and the episodic form we have been using has dictated this.  Now it’s time to move into the more durational form.  Will you join us for a few hours?