The Upstage Interview: Courtney Larkin on The Last Days of Judas Iscariot 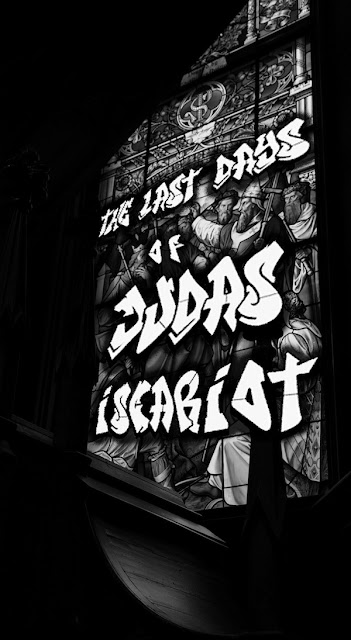 Judge Judas
Upstage Host Eric Sukhu spoke with Assistant Director Courtney Larkin about Concordia Theatre’s presentation of The Last Days of Judas Iscariot. Below is an abridged version edited by Estelle Rosen, CharPo Editor-in-chief.
UPSTAGE:  Tell us about this play
LARKIN: It’s a courtroom drama re-evaluating the appeal of Judas Iscariot and whether or not he should be in Hell for betraying Jesus. We have a cast of interesting characters including witnesses for the prosecution and the defense to testify for and against Judas. Some of the witnesses include Sigmund Freud, Mother Teresa, and Pontius Pilate. Even Satan makes an appearance.
UPSTAGE: Is this a new play?
LARKIN: Written in 2005, it has  been presented at Lab Workshop in New York.
it’s very modern, not in Olde English or anything like that

UPSTAGE: Was it ever presented in Montreal?
LARKIN: Yes, about 8 months ago.
UPSTAGE: We all know the story of Jesus Christ and Judas; how is this production any different?
LARKIN: Essentially what’s great about this play is that it shows us the story as it is told in the Gospel. But it’s attacked in a fresh new modern language; the language of New York.
St. Peter, St.  Matthew and St. Thomas are talking about their experiences with Jesus and Judas without cursing or foul crude mouth. It makes it easier for us to understand the story in our terms today.
UPSTAGE: So they’re speaking the language of today.
LARKIN: Yes it’s very modern, not in Olde English or anything like that.
UPSTAGE: What do you think is the appeal of this story?
LARKIN: I think the story gives us a chance to re-evaluate a story that’s always been told to us in a certain way. We’ve always been told that Judas Iscariot has been in Hell, that he’s the betrayer and is there to languish but we’ve never been given the opportunity to decide for ourselves what really went on. This story gives us both sides. At the end the audience is given the opportunity to decide.
UPSTAGE: How is Director Sarah Garton Stanley approaching this play?
LARKIN:  We have an awesome set that creates a nice level between purgatory and heaven. She’s really embracing the chaos of the play. She described it once as a young boy who’s been told the story as  a child and he’s trying to figure it out now at age 40.
UPSTAGE: What about costumes?
LARKIN: She, along with the designer, decided to go with New York modern hipster style. Saints in leather jackets, some of the knights in preppy sweaters and  low caps.
UPSTAGE: What about those on the opposite side?
LARKIN: Puppets! That’s been one of the biggest challenges. The entire jury are little puppets that go around and interact.
There’s always another side. There’s always another way to look at a picture.
UPSTAGE: Does this play allow for taking such artistic liberties?
LARKIN: The script is very open. There’s not a lot of stage directions. Everything is implied. You figure it out.
UPSTAGE: What would you like the audience to come away with?
LARKIN: Take a new look at a story that might have been told in a one-sided manner. There’s always another side. There’s always another way to look at a picture. You can watch it without having seen or heard anything religious and you still get the idea of not taking things at face value.
Website
Posted by THE CHARLEBOIS POST at 12:01 AM