Blog: Johanna Nutter and the Journey of My Pregnant Brother (Part XIII)

Sixteen
Cows are from outer space. No really, they are. Look: 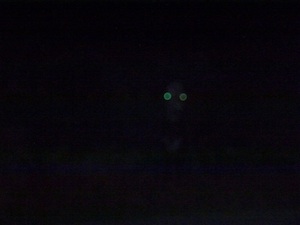 But wait, that was just an hour ago. Let me back up. About 350 miles. I left the Lazy Lizard at 8am with a plan: Moab to Kanab, the long way, winding through the national parks and the Dixie forest. I think the little electronic DJ in my iPod is having fun with me: not half an hour out of Moab, it had already chosen two songs from last night’s concert: I Will and You’re Gonna Make Me Lonesome When You Go. But my favourite of the evening had to be the Harry Nilsson song, off the Son of Schmilsson Album, The Lottery Song: 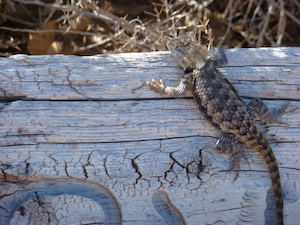 Open highway, crazy-ass rock formations, happy music. Bliss. These Mormons are really obsessed with the underworld. I drove through Goblin Valley State Park, crossed the bridge at the Dirty Devil River, and passed over Hell’s Backbone. Then there were all the small towns with the requisite roadside cacophony of rusty farm implements forged into bulls, lizards, and dinosaurs. I admire the skill, but I prefer the real thing. 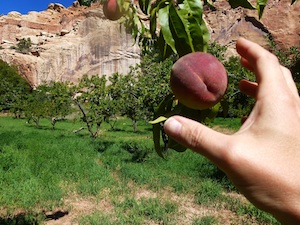 Just inside the Capitol Reef State Park are the remains of the Fruita colony: early settlers surviving on peaches, apples and plums. The orchards are open to the public, and the fruit is free for the picking. I had been feeling a few dull aches at the thought of the huge hit to my finances that my encounter with the rock in Monticello had caused, but a walk around the orchard and a bite out of a warm Rosa peach washed them away. 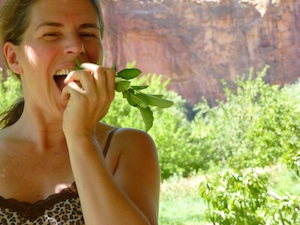 The rest of the drive blew all thought right out of my head. It was unthinkable. Sometimes it would snake along the edge of cliffs so high I couldn’t see their tops, at other times the road would climb up the canyon walls and I would be driving along the top of the world. There’s a point in Escalante, about 9000 feet up, that’s like driving on a strip of bacon: it’s just wide enough for the road and the canyons fall away so dramatically on either side it hardly seems possible. No stopping for pictures here. 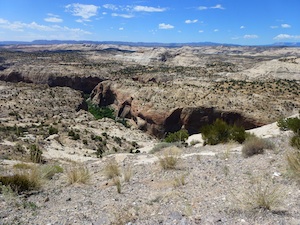 Just on the other side of all that drama is the Dixie National Forest. Such a gentle, ethereal place… and now, my reptilian brain can get out of the driver’s seat and give me back my thoughts. I spend an hour or so seeing how much of Robert Frost’s Birches I can remember. 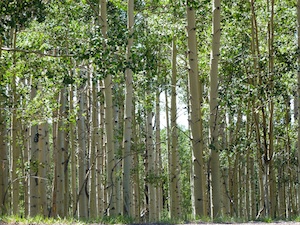 It’s a great poem. I urge you to read it. Here’s a little taste, although taken out of its trees, I don’t know if it will carry the same swing…
It's when I'm weary of considerations,
And life is too much like a pathless wood
Where your face burns and tickles with the cobwebs
Broken across it, and one eye is weeping
From a twig's having lashed across it open.
I'd like to get away from earth awhile
And then come back to it and begin over.
May no fate willfully misunderstand me
And half grant what I wish and snatch me away
Not to return. Earth's the right place for love:
I don't know where it's likely to go better.
I know I am falling head over heels in love with this world and everyone in it--more so with every mile. 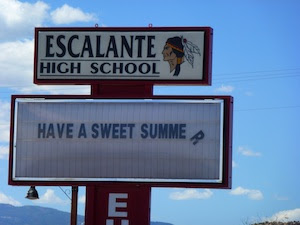 Made it to Kanab around dinnertime. I made a pit stop at the local museum. I’ve avoided most roadside attractions in favour of the ones Mother Nature has to offer, but this was one place where I wanted to explore the human element. Kanab is known as “Little Hollywood”. This is where the west was won on celluloid. I stop by the Parry Lodge, where John Wayne, sick of the heat, paid to have a pool installed. I also make a trip over to Frontier Movie Town, where many of the actual sets from the western gems now reside. Here’s a self-portrait in the homestead of the Outlaw Josey Wales: 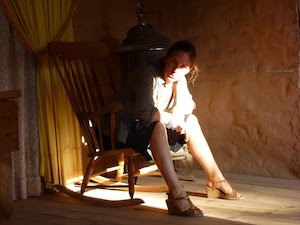 I had a great talk with the owner, a mercurial man with more than just a touch of Harrison Ford. We exchanged movie-town stories and he told me about the current 24-million project starring Willem Dafoe. Then I headed out to the Coral Pink Sand Dunes State Park for the sunset. I had another unbelievable experience; chasing the setting sun up these massive pink dunes and finally collapsing in the soft sand. Watching the animal kingdom come alive with the fading light. I saw my first snake. Well, sort of. On my way back, I saw its ess-curves over the path I had walked an hour before. I wanted to stay there longer, but I had thought that it might not be wise to pick my way back in the dark and those lines in the sand confirmed my decision. 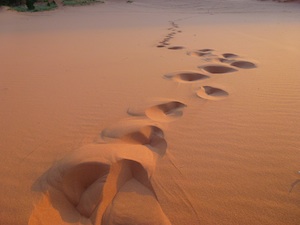 It was on my way out of the park that I came across the alien cows. I saw them up ahead and slowed the car. I stopped to say hello. They were like, “Yeah, we’re cows. What. Ever.” That’s when my shuffle demon of an iPod spat out Dueling Chanters by the Chieftans
I worked in a single-malt whiskey pub for seven years, so I have a lot of Scottish music hanging around). Now for those of you who don’t know that much about bagpipes, of which there may be a few, a chanter is the part of the bagpipe that one blows into, and when it is detached from the bag, it sounds very much like those pipes snake charmers use. In this case, it had a charming effect on the cows. They all lifted up their heads and stared at me. I turned up the volume. There, by the light of the almost full moon, surrounded by coral pink sand dunes, we listened to the song together: me and the Scottish cows from outer space.


And now its time for my last shower before I hit Vegas. Tomorrow morning, bright and early, I head for Zion. Along with Yesca’s birthday, Zion National Park is one of the main reasons I ended up on this tour of the Southwest. Zion has a very special meaning to me. I wouldn’t call myself a Zionist—well, actually, I would—but not in the usual sense. My family, friends, and anyone who’s ever spoken to me in any depth after seeing My Pregnant Brother will understand why. I am looking forward to this part of the journey with all my heart. 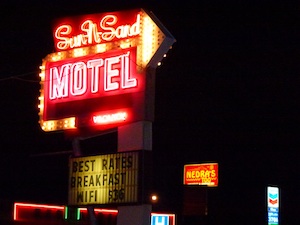