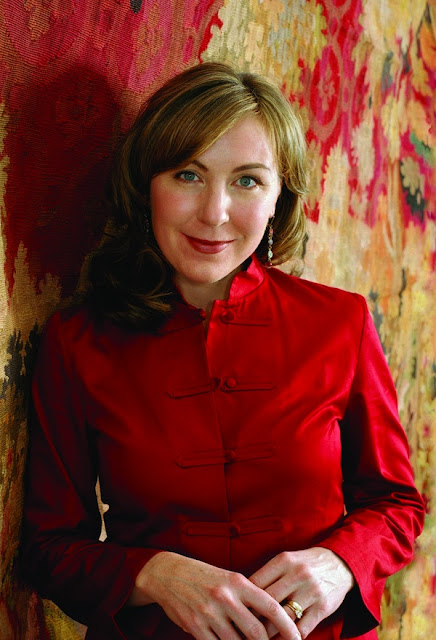 The Big Soprano
Montreal-bound Mary Dunleavy – the internationally-acclaimed American opera singer with the big heart and big voice – learned her chops in the Lone Star State where opera-loving Texans (yes, there is such a thing) love everything big
By Richard Burnett
I’m just back from Texas where they love everything big – their country singers, their strip joints and their opera houses. Texans also love an opera singer with a big heart and a big voice, and few fill that bill as beautifully as Jersey girl Mary Dunleavy.
“It’s really hard for regional opera companies to survive these days but Texas has several thriving opera houses right now,” says Mary Dunleavy, who received a Master’s Degree in Music at the University of Texas at Austin, and was named the Maria Callas Debut Artist of the Year by The Dallas Opera in 2006. “It’s really quite amazing, and has not just to do with how [they] operate their opera company, but with the fact that Texas loves music – and I mean all kinds of music.”
Recently critics in North Carolina swooned over Dunleavy’s portrayal of Marguerite.

Dunleavy – who bears a resemblance to actress Marilu Henner (“If I could only look as good as her when I’m her age!”) – is arguably best-known for interpreting the role of Violetta in La Traviata, which Dunleavy has performed over 65 times on stages around the world, including with the Metropolitan Opera, the Grand Teatre de Liceu in Barcelona and the National Centre for the Performing Arts in Beijing.
But she is becoming increasingly known for playing the role of Marguerite in Faust, which she will reprise with L’Opéra de Montréal for four performances beginning on May 19.
Recently critics in North Carolina swooned over Dunleavy’s portrayal of Marguerite.
“Although Faust is the one who sells his soul to the devil, his object of desire, Marguerite, gets the widest emotional range, which Mary Dunleavy expertly explored,” The Raleigh News and Observer reviewed. “Her warm, attractive soprano was capable of great delicacy or soaring power, as needed.” (cont'd)
Bass Hall (home of Fort Opera; photo credit: Richard Burnett)

“Dunleavy melds outstanding acting ability with a flexible and gorgeous voice,” The Classical Voice of North Carolina noted, and The Birmingham News raved, “Looking strikingly like a young Kim Novak, Dunleavy brought to the opera’s heroine a combination of unsuspecting innocence and strength of conviction as she rode a wave of emotions from elation to deep sorrow. But as fine as her dramatics were, they were eclipsed by her pearly soprano, which radiated through the Wright Center with brilliance and might.”
When I spoke with Dunleavy on the eve of Mother’s Day, she’d already been in Montreal a couple weeks rehearsing in the basement of Salle Wilfred-Pelletier at Place des Arts.
“I travel from city to city with my three-year-old daughter and husband and that requires extra planning – like when are we going to go to the Biodome [in Montreal]?” Dunleavy says. “I don’t know how much longer we can do this, but we will at least until my daughter tells me she’s done travelling.
“I never really thought I’d be juggling the roles of mother, wife and career when I started out. It is difficult to maintain a strong marriage over long distances. But the opera world is a different kind of travelling: You’re not gone for a weekend or a day or two. Opera singers can be gone for one or two months at a time. I have many fiends in this business now and I’ve seen women make the choice to take their children on the road like I do, while others have decided to give up their careers. [Opera] is a difficult life [for women] and I’m beginning to understand that now. When I was young I said, ‘I can do it all.’ Now some days I just want to stay home. Thing is, I love singing on the stage.” 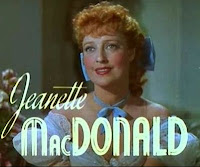 Dunleavy originally wanted to sing in Broadway musicals.
“That was my dream,” Dunleavy tells me. “My parents took me to see shows all the time and I always thought I’d be Julie Andrews or Judy Garland. That really was what I was pursuing when I went to college. But once there I [gravitated] to opera. It was a natural evolution because I also have an affinity for languages which has served me well in opera. And…” – here Dunleavy smiles broadly – “…I also have a really loud voice, so I don’t need a microphone.”
Dunleavy’s transition from musicals to opera reminds some of popular Old Hollywood actress Jeanette MacDonald who is best remembered for her Oscar-nominated musicals from the 1930s and 1940s when she co-starred with the likes of  Maurice Chevalier and Nelson Eddy.
But unlike Eddy, who came from opera to film, MacDonald yearned to reinvent herself in opera and made her opera debut singing Juliette in Gounod’s Roméo et Juliette in Montreal at His Majesty’s Theatre in May 1943.
That world-renowned 1,750-seat theatre (later renamed Her Majesty’s Theatre after Queen Elizabeth II) would be destroyed after Montreal’s Place des Arts was inaugurated in September 1963.
(Incidentally, one night at Her Majesty’s Theatre – on October 31, 1960, no less – changed the life of Marlene Dietrich. Click here to read all about it.)
Anyway, once Dunleavy made the transition to opera, her role model switched from Judy Garland to opera legend Maria Callas. Interestingly, in 2006 Dunleavy would win the Maria Callas Debut Artist of the Year presented by The Dallas Opera (“I cannot wait to perform in their new Winspear Opera House next year!”).
“The reason why I love Callas is that she really expresses so much in her voice,” Dunleavy explains. “It’s not always beautiful, she made a lot of mistakes, she had vocal troubles and things like that. But she was always absolutely dead-on with rhythm and her text, and she infused every role she did with so much expression. She always had something to say. Even if you don’t know opera very well, when you listen to her, you know she’s trying to tell you something.”
Dunleavy pauses a moment. “I also loved to listen to Joan Sutherland. She’s note-perfect though she really hasn’t anything much to say. She doesn’t really stir me. So Callas is my idol.”

Callas was also a big diva (I think even Texas would have been too small for her) and this opera queen can’t help but ask Dunleavy why she thinks gay men worship the ground their opera divas walk on.
“I’m not a diva,” Dunleavy says quickly, then adds, “But thank God for gay men who are diehard fans of opera. They have always loved and supported us because opera, its lives, storylines and divas are all larger-than-life.”
L’Opera de Montreal’s production of Faust stars Guy Bélanger (tenor) as the old Faust and Antoine Bélanger as young Faust, and co-stars Mary Dunleavy as Marguerite and Alexander Vinogradov (bass) as Mephisto, as well as Etienne Dupuis, Emma Parkinson, Noëlla Huet and  Philip Kalmanovitch.
Faust runs at Salle Wilfred-Pelletier on May 19-22-24-26. Showtime is 7:30 p.m. nightly. Click here for more details and tickets on the official L’Opera de Montreal website.
Follow me on Twitter and Facebook.
Posted by THE CHARLEBOIS POST at 12:01 AM