First-Person: Elizabeth Blue on A Week With The Shaman (Fringe) 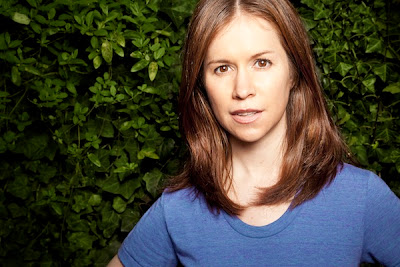 My show is my teacher
A Fringe newbie returns to Montreal…With a show that she wrote just so she could return to Montreal.
By Elizabeth Blue (photos by Eric Michael Pearson)
Note to self: Be careful when creating an intention to write the DEEPEST, most ENLIGHTENING show in the world.

Because there’s nothing like trying to write something enlightening to discover how completely unenlightened you are.
Montreal, there is something so, so special about your Fringe Festival. Maybe I am biased, because it was my very first time. And because the Montreal Fringe Festival is the BEST THING IN THE WORLD!
I didn’t expect it to be so non-stop amazingly, purely FUN! And inspiring, enlivening, and many other beautiful adjectives.
And then, well, as I mentioned before… the festival rocked. Socks. Off.

It’s fitting that my next show is about working with a shaman, because the whole reason I got up there in the first place is because one said to me in a reading (I admit it, there’s more than one shaman in my life): “You’re going to have a great time traveling and performing your show!” To which I replied: “Really? I BETTER GO APPLY TO SOME FESTIVALS!!”
I ran home and dusted off my shiny how-to-CAFF manual from a workshop I’d taken 3 years prior on “how to make money performing your solo show.” The answer was: Go to Canada. I didn’t know anything about Canadian cities or where any of these cities even were. I knew Toronto = The Second City! “Ottawa” sounded sort of like a funny town! And Montreal... that’s kinda close to New York, right?
So I just sent applications and my credit card number in to any festivals with open application dates. Weeks later I got the email from the Montreal Fringe saying “You’re in!” I ran downstairs and screamed in the kitchen and jumped up and down with my roommate. She didn’t know why we were jumping and screaming but went with it.
And then I found out that apparently Montreal is French-speaking?? WHO KNEW!?
Hmm. Might be a challenge to get people to my show. So I went in with no expectations. I thought – well, I’m doing it, dammit. I’m at least getting out there!
And then, well, as I mentioned before… the festival rocked. Socks. Off.
So, this brings us to another November evening, one year later. Still a Fringe newbie by most definitions, the obvious thing to do would be take the show I’d gotten some nice press quotes on to other cities in the Fringe.
But I HAD to get back to Montreal.
So, I had the brilliant idea of just writing a brand NEW show!! (cont'd) 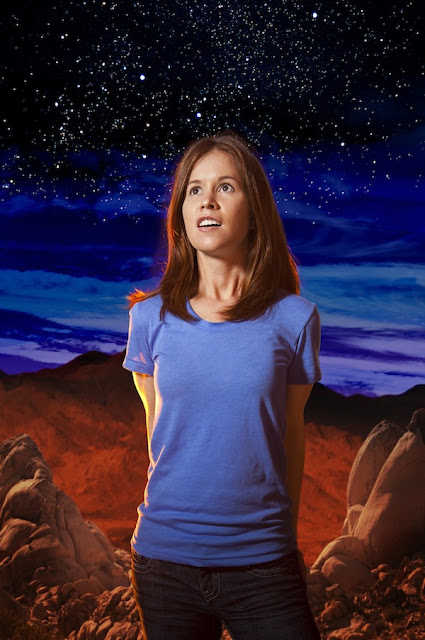 A brand new AWESOME AMAZING BEST-THING-IN-THE-WORLD show! It’ll be DEEP, INSPIRING, and WORLD-CHANGING!
Plenty of pros do this, and do this well, right?
It can’t be that hard!

OH MY GOD.
Next note to self (I have a very large notebook): Making things look easy that are NOT easy is exactly what makes pros pros!
I have spent the past six months living at that camp, being taught the lessons over and over in my room, at my desk, or on the floor laying down in sheer agony.

So, to write my DEEP show, I went straight to a week that was one of my most challenging experiences – cause this is where the goods are, right?!
Well, you know how you really can’t joke about something like cancer or divorce until you are healed from it or healthy or are at least getting some sweet alimony checks?
As I began trying to write the lessons I had learned in this One Week With A Shaman, I found that I had no clue what I had even learned.
But the funny thing about writing a show is that you live in the world of that show as you create it. So, I have spent the past six months living at that camp, being taught the lessons over and over in my room, at my desk, or on the floor laying down in sheer agony. Or in the rehearsal room with my director, when he’d attempt to find something in the 40 pages of script to make work despite my neuroses feeling much less entertaining this time around.
I even pulled in extra collaborators, like my Cousin Brooksie, who plays an important role in the play and introduced me to said shaman in the first place.
I don’t know anything at all! I am completely unenlightened!

After reading my show, a couple weeks before I was performing it in NYC, she said, “It’s creative. Good writing. But it’s missing… depth.”
AHHH! My DEEP show was missing DEPTH!
She then inquired what it was I had learned from the week. That’s when the dawn arose: I don’t know. I don’t know anything at all! I am completely unenlightened!
And finally, I had a place to write from.
I threw the old script out -- the one we’d been revising for 5 months --and completely rewrote the script two weeks before its New York premiere.
I had chosen the title “One Week with the Shaman” months ago because – ooooh man – I thought it sounded really DEEP!

Because when I finally got that I’d been writing this spiritual show from my head (and my ego’s lofty desires) this entire time, the only choice was to laugh and accept my complete unenlightenment.
THAT’S IT! That’s the title! – “Unenlightened!”
I had chosen the title “One Week with the Shaman” months ago because – ooooh man – I thought it sounded really DEEP! (Help. I need help. Of the mental kind.) But I felt weird about the title the whole time. Something didn’t feel right about it. I didn’t know why. Maybe because it took a whole lot longer than one week to even start learning those life-long lessons. Maybe also because it wasn’t actually one week that I spent out there! It was ten days! (HELP!)
Well, I feverishly wrote my emails to Montreal (and Winnipeg and Edmonton which I’ll also be taking this new show to) with offers of bribery to change my program information last minute. Edmonton and Winnipeg: doable!
But, Montreal had printed their programs the day before.

Drat.
My show has become my spiritual teacher.

At that moment, all I could do was finally let go. And “when you realize how perfect everything is you will laugh and tilt your head back in to the sky.” That was me, simultaneously laughing, crying, and sneezing.

Because now, using my original title, it is a constant reminder of my original, kinda messy intentions. And it feels uncomfortable to now be shouting that title from the rooftops to get people to come to a completely different show than it was in the beginning.
But (to give a sneak peak of the show), one thing I started learning from that week was how to sit in the discomfort of my own faults and imperfections, rather than run away and deny them.
And, well, my show keeps teaching me how to do just that. It has become my spiritual teacher.
So, dear Montreal, I hope you make it to this show. Because what it has now evolved to is something deeply from the heart.
And Montreal, it would not exist without you!

Email ThisBlogThis!Share to TwitterShare to FacebookShare to Pinterest
Labels: elizabeth blue, fringe 2012, one week with the shaman