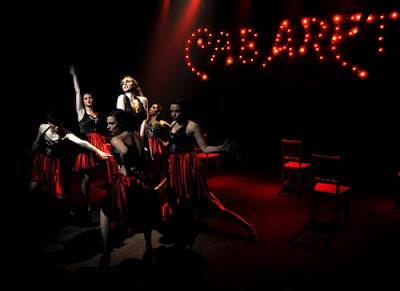 Highlights from the QDF 2012 Showcase
Quebec Drama Federation and Fringe Fest partner up to present tantalizing summer previews
by Rebecca Ugolini
As he took to the stage at the Quebec Drama Federation’s 2012 showcase held at the Cabaret Mile-End on June 11th, it became clear that Fringe-Moi host Frédéric Dubé is a man on a mission. Dubé has been challenged to attend every single show put on as part of the Fringe Festival this year, an overwhelming and probably physically impossible undertaking.
Equally difficult is drafting show picks from the QDF’s 2012 Summer Showcase lineup. While Monday night’s preview showing wasn’t a behemoth on the level of the nearly 90-show Fringe-For-All held earlier last week, it showcased the same variety, quality, and creativity that show-goers have come to expect from the Fringe festival and the Quebec Drama Federation.
The Lakeshore Light Opera delighted the audience with an excerpt from their G&S Summer Singalongs featuring a humorous exchange between a father, his daughter, her unsavoury intended. The LLO’s cocktail of witty British humour, energetic dance routines and top-notch voices sounds perfect for summer. While you're at the show, grab a (free) libretto and sing along!

Cameryn Moore uses her captivating stage presence to the fullest extent in power/play at Fringe, and Phone Whore at Zoofest, as she portrays a phone sex operator who deals with requests and fantasies ranging from the typical to the truly bizarre. Phone Whore  promises to blend the serious and the sexy, touching on the themes of acceptance, diversity, and the need for a sexual “safe space”.
The John Abbot College department of Theatre and Music returns to Montreal from the Edinburgh Fringe Festival with a presentation of Edward Bond’s The Tin Can People. Exploring the themes of violence, social manipulation, and control, The Tin Can People features dynamic choreography, no-holds-barred acting and a chilling script.
Music Theatre Montreal made the QDF launch a little naughty with their spirited and kitschy presentation of Cabaret complete with satin nightgowns, spirited dance routines and a live musical accompaniment. Not to be missed for lovers of music, dance, and of course… Cabaret!
Actress and playwright Christina Rodriquez presents Dreaming in Autism, the account of a mother’s struggle with her Autistic 9 year old son. Christina Rodriguez promises to portray a mother and son’s day-to-day struggles and small triumphs with sensitivity and creativity.
The Hudson Music Club presents In the Mood: A Time to Remember, a compilation of oldies but goodies sung by the group’s fantastically talented choir. In The Mood will transport you to another era with its choreography, bright vintage-style costumes, and harmonies that you just don’t get on the radio nowadays.
Remember, there’s always more to every showcase or listing than you’ll see here, so check out www.quebecdrama.org for more listings.