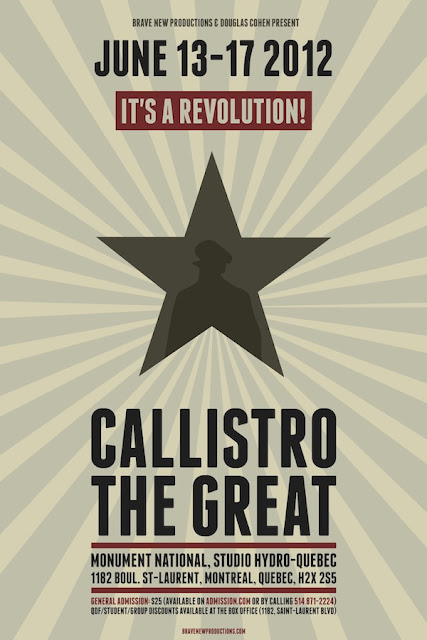 Montreal, Quebec  - Brave New Productions, the company that brought Montreal and Toronto Fringe successes including Here’s To Love and Being Earnest, is proud to present its 8th original show at Monument National this June – Callistro The Great.
A dark political comedy set in a fictional South American nation during the early 1980s, Callistro The Great is a bold new presentation from author D.M. Bruce and director Emma McQueen.
Alternating between frenzied government talks on the corrupt island, and negotiations with San Miguelo's great "anti-atheistic" neighbour to the north, America, it's the story of Salone (Sean Curley), a government minister tasked by his country's dictator Ignatzio (Stefano Saykaly) with raising a certain sum of cash, and quick... The results are unpredictable and might just start a revolution.