EVENT: One Week With The Shaman (Fringe) 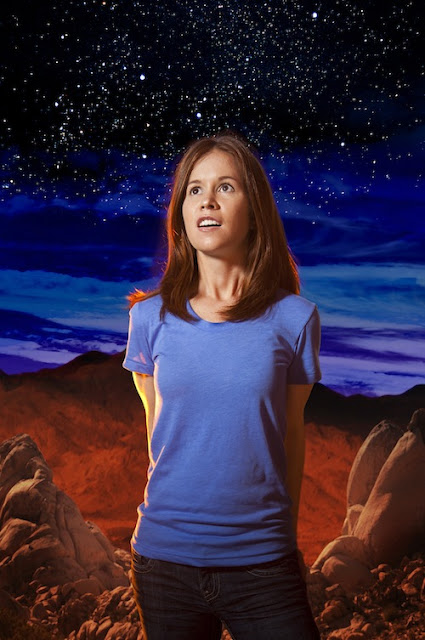 The road to enlightenment begins
with discovering one is really, REALLY unenlightened
One Week With the Shaman
A new solo show by Brooklyn-based writer & performer, Elizabeth Blue
Directed by Adam Knight
Venue #03 Espace 4001 Space
June 16 – June 23
FOR IMMEDIATE RELEASE
CONTACT: Elizabeth Blue
917.843.6967
elizabethblue@gmail.com
www.elizabethblue.net
On the heels of the New York City debut, Brooklyn-based writer & storyteller Elizabeth Blue
kicks off her 2012 Canadian Fringe tour (also performing in Winnipeg & Edmonton) of One
Week With the Shaman at the 2012 St.Ambroise Montreal FRINGE Festival.
Best known for her solo show Am I Blue (The Charlebois Post, The Rover, Nominated for the Just For Laughs Best Comedy Award and Best English Language Production Award), Blue’s newest solo show, One Week With the Shaman, merges the comedic chops she honed on the improv stages of NYC with the adventures of her real-life spiritual pursuits.
In One Week with the Shaman, Elizabeth tells the story of  how, in the pursuit of happiness,
she flies all the way across the country to work with a Native American shaman… only to
discover that she’s got some major waking up to do. And it’s going to take longer than one week.
A criminally funny performer who is almost certainly the lovechild of Kristin Schaal and
Tina Fey.  –The Charlebois Post, Montreal
Blue wins us over with her quirky, perky charm –Time Out Chicago
Ten pounds of adorable in a five-pound bag –The Visitorium, Ottawa
Elizabeth Blue belongs to that special tribe of performers who only know how to perform
from the heart. –Keith Huang, Artistic Director, The Peoples Improv Theater, NYC
Posted by THE CHARLEBOIS POST at 4:53 PM