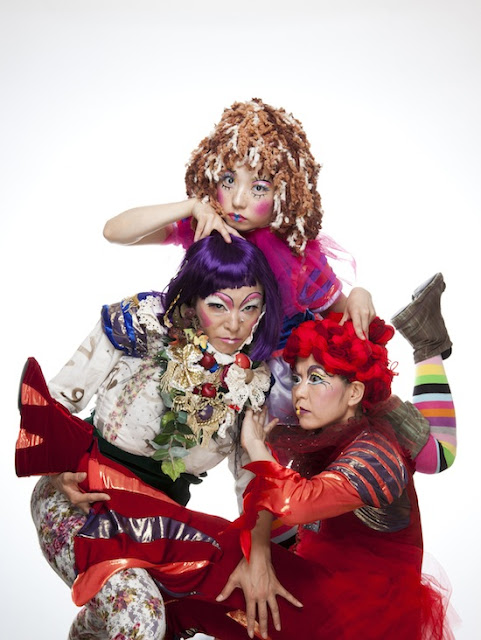 AND ANOTHER FRINGE COMES TO AN END
joel fishbane
It finally rained on the 22nd St. Ambroise Montreal Fringe, but only at the last minute. After ten days of sunshine – a few of which came complete with a stifling heat wave – the festival came to a close with the usual party / awards show that is the Frankie awards. Shorter than the Academy Awards and a lot more enjoyable, the proceedings were hosted by the hosts of the 13th Hour, the Fringe’s live late-night talk show: perky Kiki Razzle, gallant Philip Fairbanks and bunny-eared Cat Lemieux (it’s better not to ask).
Three dance numbers were interspersed with the various awards and accolades, which included a sneak peek of Fringe favourites Dance Animal’s upcoming show at the Just for Laughs Festival. Artistic director Amy Blackmore was visibly moved by the efforts of her small band of staff and large band of volunteers – over two hundred people gave their time this year to help keep the Fringe festival chugging along.
As I told several people this Fringe, it was the strongest Fringe in recent memory. The calibre of shows was impressive - with 26 shows under my belt, I’m pleased to say only two made me want to gouge out my eyes. Personal favourites included Paul Van Dyck’s sci-fi play The Harvester, the haunting cello of Eidolon, Shiong-En Chan’s Kissed by a Butterfly and Kirsten Rasmussen’s Tough.